The press-loving founder of Tron purchased an NFT titled ‘Ocean Front,’ the proceeds of which shall be donated towards climate change efforts. 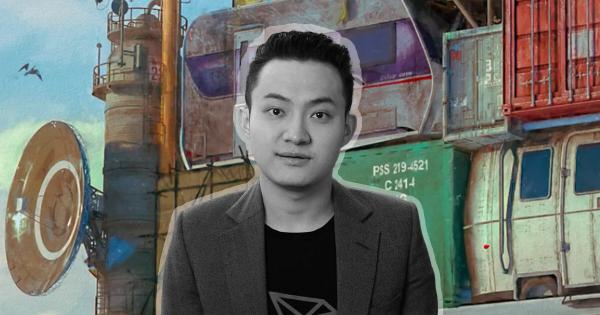 Tron founder Justin Sun splurged over $6 million on a non-fungible token (NFT) created by digital artist Mike Winklemann, as per a tweet this morning. The piece is called ‘Oceans Front’ and part of a climate change initiative.

The NFT was part of an art lineup called “CarbonDrop,” featuring crypto art from the likes of Sara Ludy, Refik Anadol, Andres Reisinger, and others, with all proceeds going to climate change causes.

“Massive congrats to Justin Sun. Six million dollars for climate change. This is what we need to enact real meaningful change. To work together instead of fighting one another,” tweeted Winklemann after the sale.

SIX MILLION DOLLARS for climate change. THIS is what we need to enact real meaningful change… to work TOGETHER instead of fighting one another. ???

we CAN do this, we WILL do this. ❤️ pic.twitter.com/htsWhv503l

Sun seemed to have been stuck in a bidding battle with an anonymous entity called 3fmusic, sniping the NFT in the final minutes with a bid of $6 million. 3fmusic, on the other hand, seemed to have stopped bidding at the $5.5 million mark.

The purchase came on the back of Winklemann’s $69 million NFT sale earlier month that saw Sun lose out to pseudonymous NFT entity ‘Metakovan’ in the final seconds. The latter has since been revealed as an Indian immigrant in Singapore who has been involved in the crypto space since 2012.

NFTs, for the uninitiated, are a cryptographic representation of tangible or intangible objects on the blockchain. They prove the true ownership of the assets that they back, and the latter can include (but is not limited to) digital art, real estate, fashion items, and even digital pizzas.

The sector has grown from a tiny niche in 2019 to a staggering $24 billion as of press time. Theta Network is the biggest NFT-focused project with an $11 billion market cap while fan token project Chiliz takes second place with a $2.78 billion market cap.

Winklemann, known popularly by his online name ‘Beeple,’ is one of the world’s most valued ‘living’ artists who made the headlines this month after one of his digital art pieces fetched over $69 million in an auction. He netted over $53 million in Ethereum as a result of that sale.

Some earlier art pieces have similarly fetched millions of dollars in auctions on various digital marketplaces, catapulting the long-time digital artist to somewhat of a crypto internet celebrity.

But despite the money and the newfound fame, Winklemann’s wary about the longevity of NFTs. “I think there’s a very good chance it’s in a bubble,” he said in a recent statement to Business Insider.

“There’s going to be a moment where we realize we got a little crazy and assigned insane value to crap,” said Winklemann.

That said, however, he did mention that NFTs and crypto art were arguably the natural evolution of digital art as a whole. But he cautions against people thinking of this as easy money, “Just making an NFT does not give it any value.”