Pizzas were the first real-world item (on record) to be bought with Bitcoin. And one NFT project wants to pay homage to that. 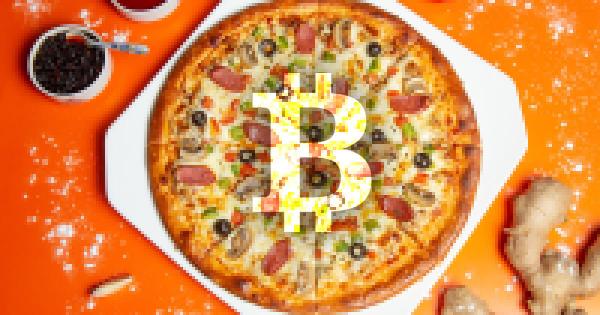 RarePizzas, a Chainlink-powered Non-Fungible Token (NFT) project, is paying homage to Bitcoin ‘Pizza Day’ by selling over 10,000 unique digital pizzas, it said in a release today.

Why pizzas for NFTs?

Pizzas were the first-ever real-world item to be bought via Bitcoin after developer Laszlo Hanyecz paid over 10,000 Bitcoin to purchase two pizzas back on May 22, 2010. The purchase is now worth a staggering $566 million, but it showed that the technology worked and that Bitcoin could be used as a legitimate, reliable form of payment.

RarePizzas now wants to pay homage to the day. It’s looking to sell over 10,000 NFTs (featuring digital pizzas) to fund a giveaway of more than 10,000 actual pizzas on May 22. Over 300 artists and 30 developers are said to be collaborating from around the world with a so-called ‘Pizza Mafia’ helping promote and market the project.

For the uninitiated, NFTs are cryptographic representations of real-world or intangible assets on the blockchain. They help prove the true ownership of their underlying assets, and use-cases extend from digital art, real estate, cars, to now pizzas.

From the designs on the boxes to each ingredient of the pizzas, all concept artwork for RarePizzas has been contributed by volunteers. The designs are being managed by VFX artist Anthony Shafer who is being assisted by a team of designers to manage the “topping” art distribution algorithms.

“Shafer is utilizing professional-grade motion picture VFX software to create unique composite images that are inimitable by consumer tools, bucking the pixel-art trend to create visually stunning works of art unlike anything yet seen in the NFT space,” the blog stated.

How Chainlink fits in

To ensure each digital pizza will be provably unique (how does one trust that all 10,000 NFTs are unique without checking each one individually?), RarePizzas has integrated Chainlink’s verifiable randomness function (VRF).

Chainlink’s VRFs, launched last year, make blockchain applications that rely on randomness both provably fair/equally uncertain to all contract participants while also successfully reducing the risk that an adversary could exploit their contract by predicting outcomes. This would help ensure that no two pizzas are alike.

Meanwhile, the RarePizzas project seems to have picked up in a big way in crypto circles. The project claimed it sold over $500,000 worth of digital pizzas a few hours after launch, adding the move helped achieve the project’s first target of funding the donation of at least 10,000 free pizzas to the public. “The kitchen is certainly going to be busy,” it remarked.