Mary, one of the two hard forks set to transition Cardano from Shelley to Goguen, took place on February 3rd at 20:00 UTC. 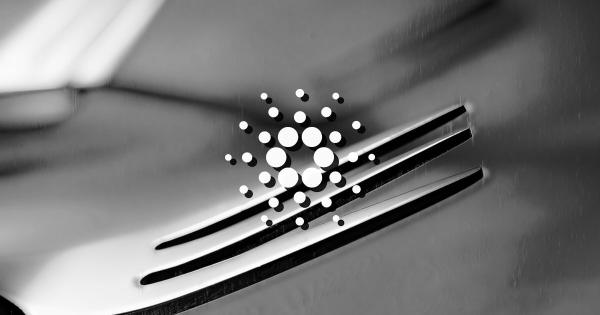 Photo by ali nafezarefi on Unsplash

Mary, one of the two hard forks set to transition Cardano from Shelley to Goguen, took place on February 3rd at 20:00 UTC. The long-anticipated hard fork will finally bring native asset support to Cardano, a move that will unlock decentralized finance on the network.

The Mary hard fork is a major upgrade that unlocks a whole new world of opportunities both to the Cardano community and the businesses and institutions using the blockchain. This will effectively transform the Cardano testnet into a truly multi-asset network, enabling users to issue and distribute their own tokens on the Cardano blockchain.

At the end of February, the same upgrade will roll out to the Cardano mainnet, unlocking the blockchain’s smart contract functionality.

Today at 20:20:16 UTC (the next testnet epoch rollover) we’ll hard fork the #Cardano Testnet & apply the #Goguen native token upgrade (aka ‘Mary’ ), transforming it into a multi-asset network. Next comes mainnet, targeted for the end of February. Onward.https://t.co/C6uGDeUvGV

Unlike other blockchain networks, which handle token issuance through smart contracts, Cardano handles tokenization natively. This means that the logic behind issuing tokens on Cardano is based on the Cardano ledger itself, eliminating the need for constructing additional layers on top of the blockchain.

User-defined tokens on Ethereum, created with ERC-20 and ERC-721 standards, are fundamentally different from ETH. Cardano, on the other hand, supports user-defined tokens natively, which means that there’s no need to add custom code on top of the blockchain.

In addition to that, it also enables those assets to behave almost exactly like ADA, the blockchain’s native currency. The only differences between any token issued on Cardano and ADA are that the tokens can be destroyed and that only ADA can be used to service fees, rewards, and deposits.

The fact that native assets on Cardano are built into the ledger is set to revolutionize decentralized finance. On Cardano, transactions between native tokens and assets do not incur execution fees, making DeFi applications much more affordable.

IOHK believes that offering tokens without the inherent vulnerabilities of custom-coded smart contracts could make them very interesting to institutions and businesses looking to explore blockchain technology.