IOHK, the company behind the Cardano blockchain, has announced the launch of the new Plutus Playground. 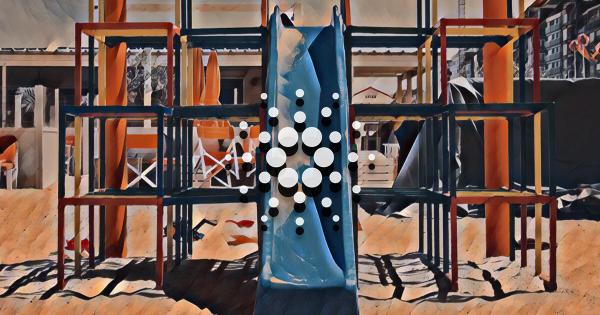 Photo by Thierry Lemaitre on Unsplash

IOHK, the company behind the Cardano blockchain, has announced the launch of the new Plutus Playground. The playground represents a new testing environment enabling developers to write and deploy test versions of Plutus smart contracts for Cardano.

With Cardano’s Goguen phase set to see the light of day later this year, major work is being done on bringing about developers that would utilize Cardano’s smart contract functionality. IOHK, the company behind Cardano, has just launched its Plutus Playground, a testing environment that enables developers to write and deploy test versions of their Plutus smart contracts on Cardano.

Plutus Core, Cardano’s native programming language, is based on the Haskell programming principles and allows developers to write high-assurance applications that interact with the blockchain. IOHK explained that they chose Haskell as the basis for the Plutus Platform due to its ability to write more secure code.

By offering a simple to understand and highly-secure programming language, the company wants to attract developers that create decentralized applications for supply chains, track and trace, medical records, identity voting, property registration, P2P payments, and financial systems. Aside from serving entrepreneurs and the Cardano community, the wide variety of dApps are also set to attract large companies and governments to Cardano.

A new and improved way to create dApps on Cardano

According to IOHK’s announcement, the newly launched, improved version of the Plutus Playground will work through web browsers, eliminating the need to install specific software to use it. Further improvements have been made to the backend software and the new interface is presented in a clearer, more easy-to-use way.

The new Plutus Playground interface is split into three sections—the editor, the simulation, and transactions. The new and improved simulator, aside from showing how a contract will behave on the blockchain, can also act as a training tool for developers without advanced Plutus skills.

It will also offer a choice of keyboard setups, allowing users to choose between Vim and Emacs options and the default keyboard. IOHK said that the latest iteration of the simulator is much more realistic than the older version as it provides a better way for developers to see how their Plutus applications run on the blockchain. As with the previous one, the new Playground can also be linked to GitHub accounts to save contracts and any work in progress.

The company called on developers to test the Plutus Playground and encouraged them to provide feedback.

In his latest YouTube video, Charles Hoskinson, the CEO of IOHK, shared some of the updates scheduled to take place in the following weeks and months at Cardano, as well as the current state of development of the blockchain’s most important features and functionalities.

As the price of ADA reached $0.38, the value of the tokens locked in Cardano’s treasury briefly surpassed $100 million.

Input-Output Hong Kong (IOHK), a research and development company behind the Cardano project, has just released the first edition of their Plutus ebook.