The Bitcoin price has dropped by around 18 percent in the last two weeks and traders are fearing a steep correction to occur in the short-term for three key reasons. 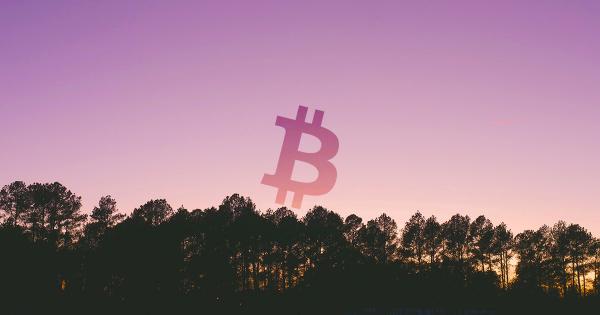 The Bitcoin price has dropped by around 18 percent in the last two weeks and traders are fearing a steep correction to occur in the short-term for three key reasons.

The three factors are:

Up until late February, technical analysts were anticipating the bitcoin price to respect strong support levels found at $9,550.

The $9,550 level was a critical area for bitcoin to defend because it was support formed in October 2019, and was also a 0.615 Fibonacci level which typically acts as a point of reversal.

The bitcoin price plummeted through the $9,550 level swiftly after testing it the third time, liquidating hundreds of millions of dollars in long contracts in the margin trading market.

As the bitcoin price breaks down from the inverse head and shoulders (IHS) structure, highly-regarded analysts like Pentarhudi, who successfully predicted several market cycles throughout the past three years, said that the $6,000 to $6,500 range is the likely next target.

For a long period of time, the funding rate of both Bitcoin and Ethereum remained above 0.1 percent on BitMEX, Binance Futures, and other major margin trading platforms.

Analysts say that the imbalance in funding in the cryptocurrency is worse than in October 2018. In December 2018, the Bitcoin price proceeded to enter a severe bear market, dropping to as low as $3,150.

The practice, which is now prohibited in the stock market, was used to create inorganic demand for bitcoin to cause fear of missing out (FOMO) amongst retail traders.

When the bitcoin price increases quickly in a short time frame, it becomes vulnerable to a steep correction. When the upsurge is mainly based on spoof orders, it becomes even more at risk of a pullback.

Cryptocurrency trader Jacob Canfield said that $8,000 and $8,400 remain as two strong levels of support for bitcoin in the short-term.

“$8,000 won’t break first try in my opinion, so it looks like a good level to scalp from. $8,400 is also a strong level at the moment as sellers are losing some stream. Adjust to the market.”

But, as said by Nik Yaremchuk at Adaptive Capital, the large number of buy orders present at $7,500 could lead BTC to pull back to the mid-$7,000 region.

Given the tendency of Bitcoin to see overextended movements to both the upside and downside, traders foresee the pullback resulting in a drop to the $6,000s once again.