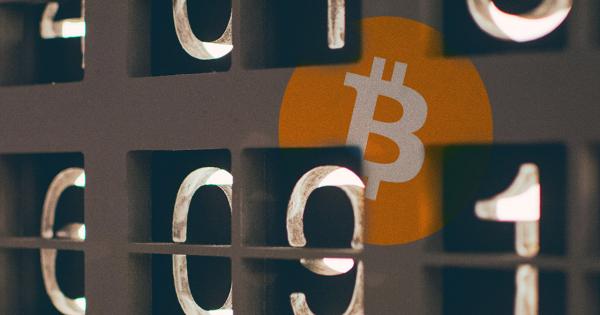 The crypto industry is gearing up for an event-packed few months. From the resolution of the New York Attorney General’s injunction against Bitfinex and Tether to the final decisions of the long-awaited cryptocurrency ETFs, here’s a list of some of the most relevant dates in the crypto industry to keep an eye on.

The ongoing case between iFinex, the parent company of both Bitfinex and Tether, and the New York Attorney General (NYAG) is about to see a major milestone. Earlier in July, the judge delayed the date to decide whether to dismiss the case or to continue with the trial proceedings. After iFinex filed a motion for the dismissal of the case, Judge Joel M. Cohen stated that he will be extending the injunction until Aug. 22.

While a potentially unlawful loan Bitfinex took from its sister company Tether might not seem like a major milestone for the crypto industry, the court’s decision has the potential to sway the crypto market. Namely, if the judge decides to dismiss iFinex’s motion, the decision will ultimately go in favor of the New York Attorney General.

This won’t be the end of the case, but it will give NYAG better odds of proving that Bitfinex mixed corporate funds to cover losses and served customers in New York despite an explicit ban. However, if the judge decides to accept the motion, it will allow both Bitfinex and Tether to continue their operations and recover some of the losses they suffered during the proceedings.

After several months of anticipation, Bakkt has finally received all the regulatory approval necessary to launch its Bitcoin futures platform. On Aug. 18, Bakkt’s CEO, Kelly Loeffler, announced that the platform will officially launch on Sept. 23.

While some analysts have predicted that Bakkt will increase institutional interest, the crypto market has already started showing very bullish signs. Since the news was announced, Bitcoin has gained more than $1,000 in price, pushing the rest of the market into the green.

What makes this date so special is the fact that it will be the first time physically-settled Bitcoin futures will be offered to the market. With less speculation taking place, many analysts predicted Bakkt will allow more institutional money to flow into the crypto market.

The first few weeks of October will most likely see the race for Bitcoin ETFs reach its end. The U.S. Securities and Exchange Commission (SEC) is expected to make its final decision regarding Bitwise’s exchange-traded funds (ETF) proposal on Oct. 13.

With the first proposal filed at the beginning of the year, Bitwise has spent the better part of 2019 dealing with constant delays and extensions from the SEC. The Commission continued to cite concerns such as market manipulation, market surveillance and divergence with futures trading as being the main issues it was so reluctant to approve any ETFs so far.

While the SEC is also expected to make decisions regarding other ETFs, the decision regarding Bitwise will be made first.

Oct. 18: SEC rules on whether to pass VanEck/SolidX ETFs

Just 5 days after the Commission makes its decision on Bitwise’s ETFs, it’s expected to issue its verdict on the ETFs proposed by Cboe. First proposed in January this year, the joint BacEck and SolidX ETF proposal also faced several extensions and withdrawals.

If the SEC approved the proposal, it would allow the Cboe BZX Exchange to list shares of a joint Bitcoin ETF trust. While it’s still unclear which proposal has the best chance of getting approved, both would have an equally significant impact on the market.

Oct. 28: The submission of final rehabilitation plans for Mt. Gox

The saga of Mt. Gox, a notorious Japanese cryptocurrency exchange that lost more than 850,000 BTC in a 2011 hack, will finally come to an end. The end of October will see the final extension for the submission of rehabilitation plans for the affected creditors expire.

That exchange’s Rehabilitation Trustee, Nobuaki Kobayashi, filed a motion to extend the submission deadline of a detailed rehabilitation plan, receiving a six-month extension. That means that on Oct. 28, Kobayashi will have to submit a plan detailing the timing and method of repaying roughly 24,000 creditors who were affected by the 2011 hack and the exchange’s subsequent collapse.

That means that creditors could start receiving repayments by the end of the year. While it’s hard to say how long it would take to repay all of those affected, the act itself could bring a lot of positive sentiment into the market. A belief in a system that punishes crypto thefts and offers settlements to the victims will assure people they’re entering a regulated and relatively safe space — ultimately a win for the crypto industry.

CBOE, on January 31, has resubmitted their Van Eck SolidX Bitcoin ETF application, with a proposed rule change, to the SEC after withdrawing it on January 22.

iFinex, the company that owns and operates Tether and Bitfinex, said that the claims made by the New York Attorney General’s office that the companies served New York residents throughout last year were “misleading.” The company’s latest legal filing asserts that the alleged “New York customers” were foreign ECPs who worked through New York-based traders.