Decentralized VPNs are here to reclaim data privacy and resist unfair censorship through the power invested in them by Web 3.0. 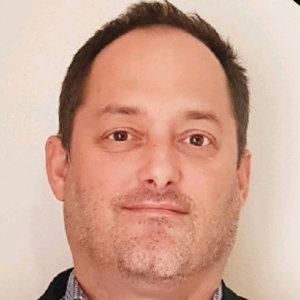 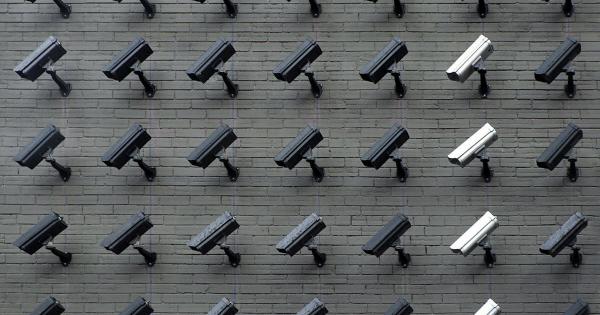 Photo by Lianhao Qu on Unsplash

Spearheaded by Deeper Network, here are the 5 hottest blockchain-powered projects out in 2021.

Online privacy has been a growing concern since the proliferation of social media and centralized networks. Moreover, there have been reports of mass surveillance conducted by governments around the world, a claim that is supported by several reputable news media outlets.

The Freedom On The Net 2020 report claims that 90% of internet users worldwide are being monitored online. This data confidentiality threat has caused many individuals to be wary and be justified in their paranoia when browsing the web. As this Orwellian dystopia is becoming a reality and artificial intelligence monitoring becoming more sophisticated, privacy-seeking individuals are now looking into new ways to keep their online activity hidden from prying eyes.

One of the first methods users fall back on is usually Google Chrome’s Incognito Mode, but unfortunately, unlike you might think, the feature is not completely private. While it can seemingly obscure your digital tracks, it does not in fact conceal your traffic from third parties, such as your internet service provider (ISP), network administrator, or the government.

VPN stands for a “Virtual Private Network,” which is an overlay that helps you achieve online privacy and anonymity by concealing your traffic in a private network. VPNs keep your internet protocol (IP) address untraceable without compromising your browsing experience by rerouting your traffic in various locations, thereby obfuscating your true location.

A VPN’s encryption mechanism also prevents anyone who might be eavesdropping on your activity from being able to read your data even if you are using a public network.

Unfortunately, typical VPNs are far from perfect. Firstly, subscriptions can be costly in the long run since you have to pay them on top of your ISP bills. Besides, it is still possible for your VPN provider to snoop in on your connection log. Furthermore, some VPN protocols are incapable of providing the high-grade security and privacy they promise to users.

What are Decentralized VPNs?

A decentralized VPN is a secure internet connection run by a network of nodes, which receive compensation for maintaining their services and keeping the network safe. Decentralized VPNs function differently from regular VPN services since they normally have no central provider managing the rerouting of internet traffic.

Decentralized VPNs are supported by decentralized applications (dApps), providing subscribers the option to select a connection they wish to use in a whole set of nodes. Once subscribers have made their choice, their internet traffic gets rerouted and encrypted all throughout their browsing activity.

There are various decentralized VPN options in the market that differ vastly in terms of quality, which makes it extremely important to understand certain factors that separate one from the other.

This is why we’ve compiled a list of the best providers of decentralized VPN services today.

The Deeper Network “free VPN for life” model allows users to not only choose between being a node operator, user, or server, but also to sell bandwidth to other users and earn its native cryptocurrency DPR in the process.

Silicon Valley-based Deeper Network recently concluded the most successful Indiegogo crowdfunding campaign ever for its Deeper Connect Mini VPN hardware device and launched its DPR token on Uniswap at midnight on 10 April to a feverish market reception.

Deeper is the first technology to introduce a blockchain-enabled internet gateway in the market, which has allowed the project to raise more than $1 million in its crowdfunding round.

Node operators earn DPR tokens, the network’s native asset which was minted in early April, as a reward for their contribution to the system. DPR tokens can also be staked in order to earn more DPR, which helps further incentivize cryptocurrency investors to participate in its network, thereby strengthening its security level.

Deeper also offers users absolute privacy and anonymity over internet traffic since the network has no centralized servers, which also means that there is no likelihood of users’ browsing and connection history being logged, hacked, or leaked. It is also capable of effectively blocking every ad, tracker, and other monitoring tools from all devices.

Another key advantage of the project is the ease of use brought about by the Deeper Connect Mini, a plug-and-play device that enables any user to easily connect to the Deeper Network through an ethernet cable without the need for any complex or technical configuration. The device can be up and running in as little as five seconds, with the added feature of mining more DPR.

The device itself is a high-performing computer, capable of providing seamless internet speed for its users. It has a quad-core processor, 2048MB memory capable of achieving a throughput of 1Gbps. Additionally, the Deeper Connect Mini can also be used as a mining rig as it has a very low maximum energy consumption of only 5-15 watts, adding another use case for the device.

Mysterium Network is a peer-to-peer decentralized VPN provider that allows users to run their nodes to maintain its VPN network. Users with unused network traffic can sell them to the Mysterium marketplace, which users can purchase to access the internet safely, privately, and anonymously.

As of now, there are already 1,100 nodes running the network from over 49 countries. Users who want to subscribe can easily simply select a node they want to connect to and browse.

The platform also offers a unique payment scheme called micropayments, allowing them to only pay per gigabyte of usage, saving them from expensive subscription costs that may be underutilized.

Sentinel Network is another peer-to-peer bandwidth marketplace that gives individuals the freedom to sell their idle bandwidth to other internet users. This model supports their decentralized VPN application, allowing users to reroute their internet traffic using the bandwidth sold by other network members worldwide.

Sentinel provides a good amount of internet security and privacy to its users without running the risk of anyone eavesdropping on their online activities. Through end-to-end encryption modules, any user in the network, including the servers they tap, remains secure from any potential on-looker.

The Hopr protocol is a decentralized VPN platform that aims to provide privacy to its users by running a network of nodes that conceal their online activity from any on-looker. Hopr provides network-level and metadata privacy through encryption modules, preventing anyone from intercepting connections.

Hopr has a mixnet composed of multiple nodes. When a user connects to the Hopr network, his or her connection gets rerouted to another node. And before it transfers to another node, the encryption module mixes the message it contains in order to effectively hide the paper trail of any activity that goes on the network.

Through its proof-of-relay mechanism, the network can properly incentivize anyone who runs nodes if they pass on metadata to other nodes effectively by allowing them to earn more tokens just by providing for the network. The node rewards come in the form of HOPR tokens, the protocol’s native asset.

KelVPN is another similar project that offers a peer-to-peer decentralized VPN network powered by nodes running across distributed servers worldwide, following almost the same architecture as TOR, where it implements onion routing in order to render a user’s online activity untraceable.

Through quantum-safe cryptography, KelVPN offers a reliable encryption module that prevents anyone from hacking into someone’s traffic and intercepting their activity. The network also offers an advanced routing algorithm that can contribute to a user’s internet speed as they access the network.

Unlike traditional VPNs that are centralized, no single authority can control KelVPN’s traffic or monitor the activities of its users. Furthermore, it has no single point of failure as it runs on a blockchain.

When selecting a VPN service, it is important to choose one that allows you to easily configure your access without compromising your network security, privacy, and anonymity. However, this can be incredibly tricky as high-grade security may also compromise internet speeds, which is why it is important to dig deeper into what your VPN provider truly offers and whether they are actually capable of delivering them.

Decentralized VPNs appear to be the ideal choice for maximum internet anonymity and privacy. However, not all providers are created equal. Node-dependent decentralized VPNs can be challenging due to their reliance on the services of nodes and their commitment to the network.

All in all, the key is to find a decentralized VPN provider that can affordably offer you maximum internet privacy and great internet speed based on your specific needs.