Bloomberg reported that Tether “has the billions it promised,” suggesting that USDT could be backed one-to-one by dollars. 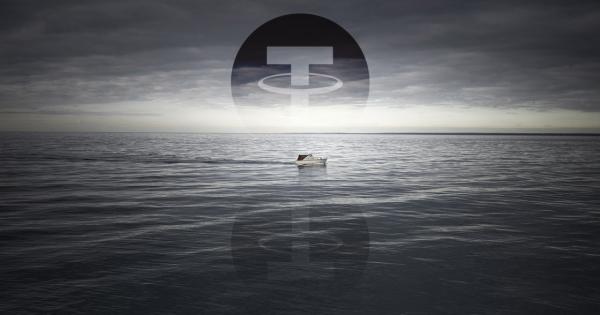 Bloomberg reported that Tether “has the billions it promised,” suggesting that USDT could be backed one-to-one by dollars. That said, the reserves do not necessarily prove Tether’s innocence in a laundry list of other misconduct.

On Dec. 18th, Bloomberg reported that “Crypto-Mystery Clues Suggest Tether Has the Billions It Promised,” citing statements that span four months of cash held in Tether’s dollar reserves. Unfortunately, these claims do not guarantee that Tether is backed one-to-one prior to the date of the bank statements, or even in-between reporting periods.

These new findings by Bloomberg do not expunge Tether from potential misconduct or alleged market manipulation.

According to Bloomberg’s recent piece:

These claims could suggest Tether really is backed one-to-one by dollars, calming the overwhelming skepticism around Tether’s marketing claims. Some in the media have trumpeted the report, falsely suggesting that Tether is backed by deposits of USD and downplaying the risks involved with owning the coin.

Considering the massive amount of USDT in circulation and its importance in the crypto-economy, the amount of controversy surrounding Tether is shocking.

There have been thousands of inquiries asking “is Tether a scam?” on Google, Reddit, and Twitter. Dozens of publications have written on the topic, and there is an army of bloggers on Medium and other platforms sounding the alarm.

Not only that, a research paper authored by John Griffin, the Chair in Finance at McCombs School of Business at the University of Texas at Austin, studied the possibility of Bitcoin price manipulation using Tether. The findings were telling.

According to the study, if Tether was pushed onto exchanges rather than demanded by investors with dollars in hand, then Tether may not be fully backed by dollars when issued. Furthermore, using Tether’s cryptocurrency reserves, the company can move its assets around to claim that their holdings are fully backed:

“However, if the issuers [Tether Ltd.] wished to post monthly bank statements to shore up dollar reserves and appear fully backed, this would necessitate the liquidation of the purchased Bitcoins at the end-of-the-month.”

The study further clarifies the relationship between investor demand and Bitcoin prices:

“These patterns cannot be explained by investor demand proxies but are most consistent with the supply-based hypothesis where Tether is used to provide price support and manipulate cryptocurrency prices.”

The study explains that the sheer size of Tether’s issuances allows the company to singlehandedly push up the price. Following such an upswing, the company is then able to cash out its purchased Bitcoin on over-the-counter (OTC) exchanges to obscure the trades and cover the minted Tether. To avoid scrutiny, Tether can convert the cryptocurrency back to U.S. dollars by end of month to demonstrate to the public that it’s backed “one-to-one.”

In conclusion, the researcher suggests:

“…our findings provide substantial support for the view that price manipulation [by Tether] may be behind substantial distortive effects in cryptocurrencies. These findings suggest that external capital market surveillance and monitoring may be necessary to obtain a market that is truly free.”

Even if the snapshots of Tether’s bank accounts might indicate that the company has the reserves it claims, that is not sufficient evidence to prove the origin of those coins, the activity the coins have been engaged in, or that backing is continued through the entire month prior to a bank statement.

To further exacerbate these issues, there is a large lack of transparency from Tether. The company has not addressed the mountain of questions around its banking relationships or audit process.

It is very difficult, if not impossible, for Tether holders to redeem their USDT for dollars, which does not help. There have been a number of requests on Reddit and Twitter for any evidence that USDT is at all redeemable.

Tether has tried to clear the air by conducting and releasing an audit, but, instead of undergoing a proper audit, the company hired a law firm to issue a questionable ‘report’ that does not necessarily clarify the company’s conduct. The company’s general counsel went as far as to say that “an audit cannot be obtained.”

The company announced several of its new banking partnerships and has released its bank statements on several occasions, as in the case reported by Bloomberg. However, the company seems to do so quite selectively, suggesting it may only release information when it is favorable for Tether.

In another article, Bloomberg reported that the Justice Department has recently launched a criminal probe into potential cryptocurrency market price manipulation. The investigation is exploring whether the explosion and subsequent contraction of the markets was influenced by fraudulent activity. One of the major suspects: Tether Ltd.

In a February post on Hackernoon, one author found that there were extreme levels of USDT centralization. Of Tether’s 100,000 total addresses at the time, the top 200 addresses controlled 90 percent of the total supply; this amount was more than double BTC’s wealth concentration at the time.

In another analysis by Alex Vikati, the founder of Blockspur, a provider of blockchain data and research, found the following:

“…Tether’s ‘real supply’ has been contracting, even though it has not done an on-chain supply revocation since January. Assuming Tether and Bitfinex are the same entity, Tether has been ‘redeeming’ its own tokens, including over 130M in the last 24 hours and over 740M in October, by receiving tokens in its treasury account from a Bitfinex account.”

Those findings could indicate that some of those tokens are not backed by dollars consistently held in a financial institution.

“What this suggests is that many Tether addresses are simply being used to cycle funds from entities to entities. Thus, the high token velocity should be discounted for such use cases,” said Vitaki.

These findings are consistent with a report which uncovered that “80 percent of the Coin Market Cap top 25 BTC pairs volume is wash traded.”

Many financial institutions will not even entertain the idea of business with Tether. It’s unclear whether this is due to the nature of cryptocurrency, or because of Tether’s practices. According to Bloomberg, Tether has churned through multiple banking partners.

Both banks and Tether Ltd. are reluctant to disclose their relationship, as this has resulted in banks losing partnerships. For example, Tether and Bitfinex lost their Taiwanese banks in 2017 when Wells Fargo terminated their relationship with correspondent banks in Taiwan after hearing about dealings with the cryptocurrency firms.

Although banks are typically risk-averse, especially to cryptocurrency companies, it still appears that Tether and Bitfinex have had an unusual amount of trouble securing a reliable banking partner. Some Tether critics have made this a point of suspicion.

Importance of Tether in the Crypto-Economy

Tether is a cryptocurrency that is allegedly backed one-to-one and “always equivalent to 1 USD.” The crypto provides much-needed stability to the markets, with Bitcoin, Ethereum, and other cryptos sometimes fluctuating 20 percent or more in a single day.

Tether also represents a pseudo-fiat on-ramp into crypto. Many cryptocurrency exchanges are able to avoid additional regulatory scrutiny by only offering crypto-to-crypto pairs. With a way to operate without the need for fiat, exchanges can operate with even less oversight. Instead of offering fiat services, Tether is often used in place of a fiat pair.

Additionally, Bitfinex, one of the world’s largest crypto-exchanges, is closely related to Tether Ltd. Both Hong Kong-based companies share the same management team, and Bitfinex is one of the few official places where USDT is sold and redeemed from Tether Ltd.

With that information in mind, Tether is able to function as a pseudo-bank, since these exchanges are often unable to gain access to reputable banking services. Instead of using the traditional banking system, cryptocurrency exchanges can transmit Tether anywhere in the world with minimal involvement of banks or government institutions.

At the moment, stablecoins constitute roughly $2.5 billion of the market value of all cryptocurrency, comprising between 1.5-2.3 percent of the overall market, depending on whether the market is bullish or bearish. Tether is one of the oldest stablecoins, representing over 75 percent of that value among a dozen or so different coins.

In one analysis conducted in July, Tether is equivalent to 60 percent of BTC’s daily trading volume, representing a (suspiciously) large trading velocity.

How Tether Can Impact the Market

Although Tether Ltd. has confirmed snapshots of its reserves, those snapshots do not guarantee that the tokens are always backed one-to-one. Even if reports from Bloomberg and other news outlets suggest that at the end of the month USDT in circulation is equal to USD in the bank, there is still a lot of uncertainty around the company’s conduct.

Additionally, there is a cauldron of allegations of company misconduct. Even if some of these are true, it could cause a tremendous loss of confidence in USDT, potential loss of exchange access for Tether, and may even ultimately result in the failure of the company.

Since the cryptocurrency market is highly dependent on Tether, a faltering—or worse yet, a collapse—of Tether would be catastrophic. Such an event may trigger another Mt. Gox-like event, which resulted in one of the worst bear markets of 2011. If something equivalent were to happen today, it could curse the markets with another grueling bear market.