Tesla has gained over $1 billion from its earlier investment into BTC. 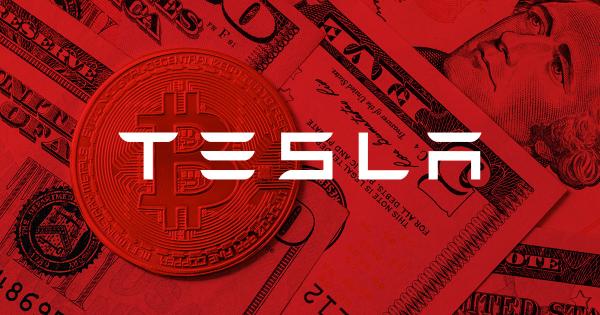 Earlier in the year, Tesla made the headlines in the crypto space for its bold entrance into the industry with an investment of $1.5 billion into the leading digital asset, Bitcoin.

As of today, with Bitcoin’s price rallying to new heights since the beginning of October, touching as high as $59,500, the investment of the electric car maker is now worth around $2.5 billion — a whopping $1 billion gain on its investment.

According to data from Bitcoin Treasuries, a leading online analytics site designed for the flagship coin, Tesla’s gain represents a 65 percent increase to what it paid for the asset in February. The data also revealed that the Elon Musk-led company currently holds around 43,200 units of the coin.

Interestingly, Tesla had revealed that it sold 10 percent of its holdings in the second quarter of the year. Then, the company had sold its assets at an average price of $50,000 gaining around $128 million from the sales.

However, with Bitcoin price spiking massively recently, the net profit of the electric car crypto holding has matched its income from the sales of its vehicles.

Per Tesla, it made $1.14 billion in net profit for the second quarter —the first time it will ever cross the $1 billion mark. Most of this profit was recorded through the sales of its cars and the sales of regulatory credits.

With all of the gains in sight, and with Bitcoin price still bullish, analysts have opined that “Tesla’s Q3 could be its strongest quarter ever.”

It is important to note that Tesla is not the only company to have recorded gains from its BTC holdings. Michael Saylor-led Microstrategy has invested over $3 billion in the leading crypto asset, as of press time, its holdings are now cumulatively worth over $6 billion which is double its investment into the space.

On the other hand, Jack Dorsey’s Square Investment of $220 million has also yielded a gain of over $250 million.