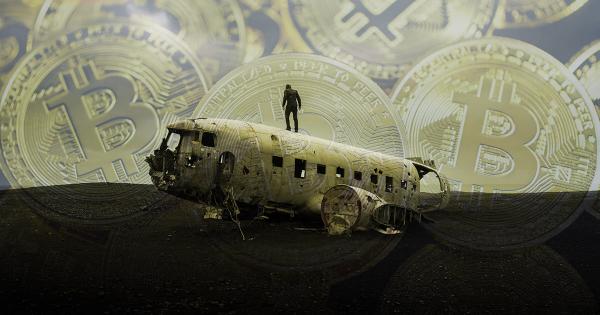 Over $2.38 billion worth of Bitcoin and other cryptocurrencies were liquidated in the past 24 hours as the market fell by double-digit percentages, data from multiple sources showed.

‘Liquidations,’ for the uninitiated, occur when leveraged positions are automatically closed out by exchanges/brokerages as a “safety mechanism.”

Yesterday saw nearly $3 billion getting liquidated. $1.26 billion of that, as the below image shows, came from Bitcoin trades alone, with Ethereum trades ($515 million), Ripple trades ($80 million), and Dogecoin trades ($69.42 million) trailing in behind.

Overall, $1.78 billion worth of liquidations came from ‘long’ positions, or from traders borrowing capital to bet at higher asset prices. $345 million came from ‘short’ positions, or traders betting for lower prices (prices did fall lower, but the volatility may have contributed to even ‘shorts’ getting liquidated.)

Among all exchanges, Huobi saw over $633 million worth of liquidations, Binance saw $399 million, while options powerhouse Deribit saw liquidations worth $287 million.

In all, over 300,000 traders were liquidated, with the single largest liquidation occurring on crypto exchange Huobi—a Bitcoin to the tune of $90 million.

As such, the market pullback started shortly after Tesla CEO Elon Musk tweeted with regard to the carmaker’s $1.5 billion Bitcoin position on Sunday. “Mr. Whale,” an anonymous account on Twitter popular for their market calls, wrote yesterday that Bitcoiners would ‘slap themselves’ after they find out Tesla ‘dumped the rest of its Bitcoin holdings.’

It could have been probably a joke or a mere opinion from someone on the internet. But Musk replied to that with a single word: “Indeed.”

At press time, however, Musk put to rest the thousands of ensuing tweets that Tesla had, indeed, sold the remaining of its Bitcoin. “To clarify speculation, Tesla has not sold any Bitcoin,” he said in a reply to ‘Bitcoin Archive.’

To clarify speculation, Tesla has not sold any Bitcoin

The market rose shortly after that. But is one man’s tweets have such an impact on crypto justified?