Dorsey said the wallet would be done ‘entirely in the open,’ referring to its possible open-source design. 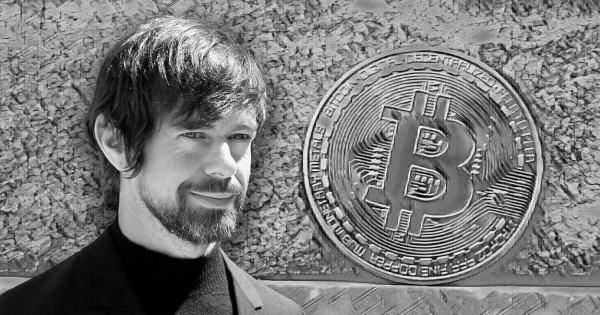 “Square is considering making a hardware wallet for #bitcoin. If we do it, we would build it entirely in the open, from software to hardware design, and in collaboration with the community,” he said.

Square is considering making a hardware wallet for #bitcoin. If we do it, we would build it entirely in the open, from software to hardware design, and in collaboration with the community. We want to kick off this thinking the right way: by sharing some of our guiding principles.

The eCommerce ecosystem enables its customers to start, run and grow their businesses by enabling sellers to turn their mobile devices and computing devices into payments and point-of-sale solutions.

Dorsey is a famed Bitcoin proponent, and Square has previously invested over $220 million in the world’s largest crypto asset. The wallet announcement, however, marks a first for the company.

“What are the biggest blockers to get a non-custodial solution to the next 100M people?,” asked Dorsey in the tweet, stating that security and custody were a massive problem for everyday holders.

Some of the points raised by Dorsey in his tweet thread revolved around the design, safety features, accessibility, and overall self-custody for users. His tweets mainly focused on largely one-stop, fully self-custodied wallet solutions for people to hold their own Bitcoin, instead of depending on a centralized entity or third-party solution (which is just banking with extra steps).

2/“No keys, no cheese.” The exchange you used to buy your bitcoin probably attends to your security with good intent, but circumstances may reveal “custody” actually means “IOU.” Deciding to take custody, and security, of your bitcoin is complicated. What’s the #1 problem here?

Dorsey pointed out that most people access the internet on mobile. “Any solution we build must provide an excellent experience when using mobile, despite its shortcomings and liabilities,” he said, adding, “An uncompromising focus on mobile interaction is likely to include the most people. What are the dangers here?

“Make it easy for customers to keep the funds they want quick access to at their fingertips, spendable with phone-only permissions while keeping the remainder under tighter, less available but more secure controls,” he stated.

9/Are small displays necessary? Expecting mainstream customers to validate details on a small display is *unlikely* to increase security and *likely* to reduce device reliability, increase device cost, and decrease accessibility. Is the product better if a display isn't required?

Meanwhile, Dorsey stated a Cash App integration is likely obvious for the company but that is only “part of the solution.” “A smooth experience likely depends on a custom-built app but it doesn’t need to be owned by Square. We can imagine apps that work without Square and maybe also without permission from Apple and Google. You?,” he stated, adding:

“And we’ll set up a dedicated Twitter and github account if we decide to build. We’ll update this thread with that information when we’re ready. Thanks!”

Square stock bumped 2.59% after the announcement. Bitcoin, on the other hand, continues to dump after another Elon Musk tweet earlier this morning.