The fund said it would invest in cryptocurrencies, mainly Bitcoin, as part of a new fund. 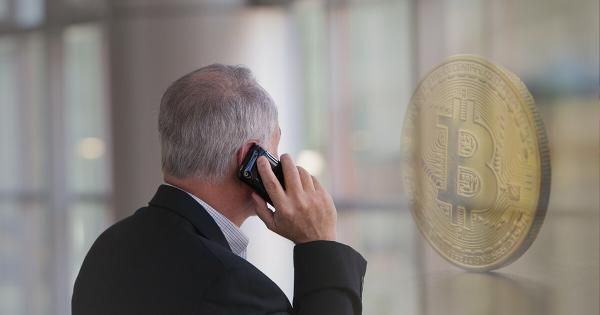 Guggenheim Partners, one of the world’s largest fund managers with $270 billion in client assets under management, is seeking exposure to Bitcoin as part of a new fund, a filing with the US Securities and Exchange Commission (SEC) showed yesterday.

They are coming for Bitcoin

The fund, officially the ‘Guggenheim Active Allocation Fund,’ will invest in cryptocurrencies (mainly Bitcoin) as part of a larger bracket of traditional and alternative assets. It shall utilize quantitative and qualitative analysis to identify securities with attractive relative value and risk/reward characteristics.

This is very interesting in light of Scott Minerd's tweet on Friday.

Page 7 of the filing:

"The Fund may seek investment exposure….

However, it’s not a rosy picture for Bitcoin in the filing. Guggenheim addresses the many risks that cryptocurrencies are susceptible to, including their volatile nature, the chance of exchanges going offline, cyber risks, negative public perception, and the general risks attached to any technological investment.

On the plus side, however, Guggenheim pointed out several factors which aid the development of the overall crypto market: “Factors affecting the further development of cryptocurrency, include, but are not limited to: continued worldwide growth or possible cessation or reversal in the adoption and use of cryptocurrency, changes in consumer demographics and public preferences, and the use of the networks supporting digital assets for developing smart contracts and distributed applications.”

The development comes on the back of Guggenheim filing with the SEC to invest as much as 10% of its $5.3 billion ‘Macro Opportunities Fund’ in the Grayscale Bitcoin Trust—a regulated institutional vehicle that allows investors to gain exposure to Bitcoin—last year.

Guggenheim CIO Scott Minerd has since commented multiple times on Bitcoin prices. He stated last year that the asset could be valued at as much as $400,000 in the coming years, citing scarcity and protection against inflation as two major characteristics.

Minerd turned bearish in April, stating the currency could fall over 50% after reaching highs of $62,000. Few paid heed to the warnings at the time, and Bitcoin did end up falling to as low as $29,000 in May.