MicroStrategy now holds over 100,000 units of Bitcoin valued at close to $7 billion. 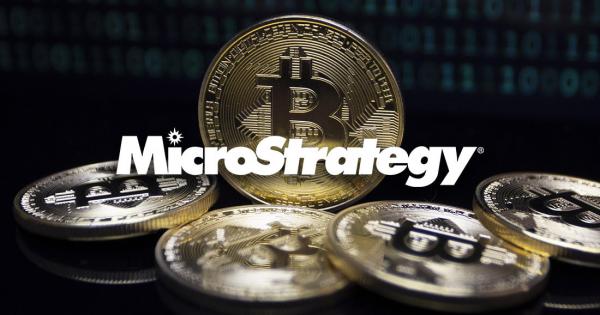 Image by Bastian Riccardi from Pixabay

MicroStrategy has revealed that it bought additional 9,000 units of Bitcoin during the third quarter of the year, bringing the worth of its holdings to around $7 billion.

According to the company’s Q3 report released on October 28, the intelligence firm holds a total of 114,042 Bitcoin at an average purchase price of $27,713, which roughly translates to over $3 billion.

However, if its holdings are converted to the current price of the crypto king, which as of press time is above $60k, it means the worth of its BTC holding would be around $7 billion, meaning the company would make a profit of close to $4 billion if it chooses to sell its BTC.

But despite the lure of the gains, MicroStrategy will not be selling any of its Bitcoin, at least for any time soon as its CEO Michael Saylor reaffirmed that the firm would continue to look for ways to continue its Bitcoin purchase dream.

“We will continue to evaluate opportunities to raise additional capital to execute on our bitcoin strategy.”

It should be noted that the firm posed an impairment loss of $754.7 million on its BTC acquisition, but this is only a loss mandated to be reported whenever the value of an asset dips below its cost.

The CEO of MicroStrategy, Michael Saylor, remains one of the most popular names and faces associated with Bitcoin as he has severally made lots of pro-crypto efforts.

Just yesterday, he made several tweets telling his millions of followers not to sell their Bitcoin.

You do not need to sell your #bitcoin. https://t.co/dwWaSCVgPa

He also recently posited that:

“When large U.S. banks are able to hold #bitcoin  on their balance sheets, everyone will want to buy it, no one will need to sell it, and you won’t be able to afford it.”