In a highly anticipated move, Stellar (XLM) has announced a tie-up with Keybase that will enable cross-border transactions without the need of lengthy cryptographic addresses. 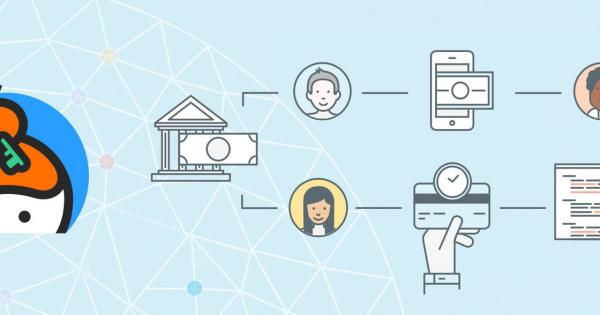 In a highly anticipated move, Stellar (XLM) has announced a tie-up with Keybase that will enable cross-border transactions without the need of lengthy cryptographic addresses.

Keybase is a free security app which makes use of public-key enabled cryptographic modules to secure smartphones and PCs.

However, with this new partnership, Stellar hopes to create a platform that will allow users to send or receive money globally, in a highly streamlined fashion.

While Stellar brings its highly efficient transaction network to the table, Keybase will be providing backend support to the project. The goal is to conjure a payment protocol that will only need customers to input their usernames rather than lengthy wallet addresses to execute monetary transfers.

What impact will this deal potentially have?

As is clear for everyone to see, Ripple (XRP) and Stellar (XLM) are currently two of the most widely adopted crypto-assets within the financial domain. This is primarily due to the fact that these currencies offer large scale business operations with a fast and scalable framework that promotes high transaction speeds.

However, when analyzing the Keybase-Stellar deal, we can see that this collaboration will take the existing payment setup being used by the market at large a step further, and will allow even novice blockchain users to facilitate international payments within a matter of minutes.

This has led many market analysts to believe that Stellar will soon become the top crypto player within the financial sector, primarily because it provides customers with a technology that not only makes payments faster but also makes the blockchain more accessible to the common man.

Lastly, the deal also has the potential to open XLM up within other industries apart from banking, thereby allowing for more financial diversity for the company.

While exact monetary figures pertaining to this deal are yet to be disclosed, the folks over at Keybase did reveal that they have accepted a “large undisclosed sum of money” from Stellar to get things moving.

Chris Coyne, co-Founder of Keybase, mentioned in a recent interview that his company has already developed the necessary infrastructure that can accelerate person-to-person payments via the use of XLM. He went on to add that:

“There will be a reveal later this year when the product launches. But I can assure you that we will definitely make person-to-person cryptocurrency transactions a lot easier, safer and smarter.”

Founded back in 2014, Keybase is an established name within the digital security market. This is demonstrated by the fact that the company was able to raise an impressive $10.8 million during its venture funding round.

Initially, the platform will be usable as IOUs for a wide array of fiat currencies that can be transferred between two or more consenting parties. Additionally, it will also enable cross-border payments in a variety of different currencies, while charging users only a small transaction fee.

From the standpoint of an investor, this deal is important because increased adoption can increase the price of XLM significantly. However, from a technical perspective, this collaboration has the power to potentially change the landscape of the current global economic industry.