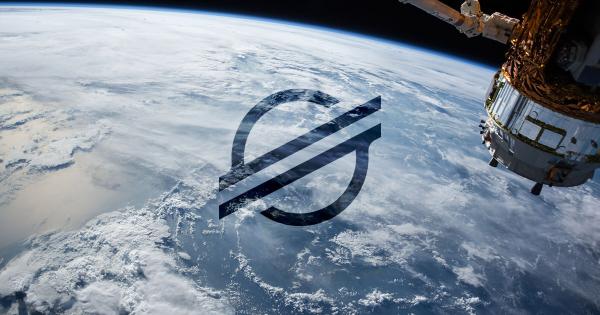 The Stellar Development Foundation (SDF), the non-profit that spearheads the development of Stellar, proposed three “Core Advancement Proposals” for the upgrade when they announced it at the start of October—modifications that were put into effect at 1600 UTC on Monday after a majority of the network’s nodes voted to proceed.

Along with cutting inflation, the upgrade will also allow senders to specify how much they want to send for foreign exchange transactions, a standard functionality amongst cross-border platforms like PayPal. Until now the amount sent during a transaction, e.g. USD to JPY, was determined by the recipient’s currency (in this case JPY).

An end to inflation

The new protocol has made good on a year-old plan to eliminate inflation from XLM, the 11th-largest cryptocurrency by market capitalization. Stellar and Ripple co-founder Jed McCaleb first proposed the idea in October last year, when he stated the following on the development team’s public forum:

– [Inflation] is complicated
– I’m not sure [inflation] really serves its original purpose
– [Inflation’s] performance will drag as we have many more accounts.
The downside [to getting rid of inflation is] we will have to start burning fees.

Prior to Protocol 12, Stellar’s built-in inflation mechanism added one percent to the total supply of lumens (XLM) every year, paid out on a weekly basis to accounts receiving the most votes from other stakeholders in the network, the votes of larger XLM holders carrying more weight.

The key assumption behind this operation was that community members would be encouraged to donate to projects in the Stellar ecosystem, the logic behind central banks setting inflation targets to encourage consumer spending.

Apparently this was a gross miscalculation. After a year of public discussion on the subject, the SDF came out with a conclusive argument saying Stellar projects weren’t benefiting from the model as XLM holders were either claiming the inflation for themselves or ignoring the voting process altogether. With this in mind the mechanism has now been disabled—but not erased. Intriguingly, the latest upgrade allows the inflation operation to be easily switched back on.

As a result of the Stellar protocol change to end inflation, Binance announced that it is discontinuing its Stellar staking program. The announcement read:

“Binance will distribute staking rewards earned from Stellar earned up until the time of the upgrade, which occurred at 2019/10/28 4:00 PM (UTC). Users will still receive the October XLM distribution in the first 5 days of November. Moving forward, users will no longer receive any Stellar rewards.”

XLM bulls seem to have remained largely indifferent to news of the inflation suspension, which in theory makes the token a better speculative investment.