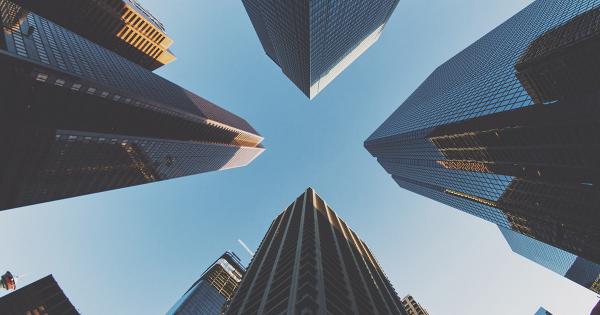 XRP and Stellar stand out as potential securities under U.S. regulations according to the newly created industry association, the Crypto Rating Council.

A group of the most prominent U.S. companies in the crypto industry announced the creation of the Crypto Rating Council (CRC). The council independently assesses cryptocurrencies in an attempt to estimate whether they are at risk of being classified as securities under U.S. law.

Among the 20 digital assets initially rated, XRP and Stellar stand out, adding to questions around their already contested securities status.

The CRC is the latest attempt to bring regulatory clarity into the cryptocurrency market. Founded by some of the most powerful American crypto firms—including Anchorage, Bittrex, Circle, Coinbase, Cumberland, Genesis, Grayscale, and Kraken—it aims to help startups better comply with regulations.

In the absence of greater from lawmakers, the idea is to provide a framework that makes it easier to determine whether a cryptocurrency will be classified as a “security” by the U.S. Securities and Exchange Commission (SEC). Brian Brooks, chief legal officer of Coinbase stated:

“One of the biggest uncertainties around crypto and the reason why more asset managers are not comfortable with it is the uncertainty around which is a security and which is not.”

The new framework scores coins on a scale from 1 to 5 based on a number of attributes that are primarily derived from the Howey Test. Other characteristics are based on court decisions as well as laws and statements from regulatory agencies, including the SEC’s Framework for Investment Contract of Digital Assets.

Thus far, 20 cryptocurrencies have been rated. Out of those, Bitcoin is rated at a 1 out of 5, since SEC Chairman Jay Clayton suggested that Bitcoin is a “type of currency” and not a security. Meanwhile, out of the top 10 coins, XRP and Stellar scored the highest at 4 and 3.75, respectively, alongside EOS which also scored a 3.75.

After evaluating the XRP token, CRC concluded that Ripple was initially sold without clear utility and was marketed as a long-term investment with “securities-like language.” As a result, the CRC stated the cryptocurrency is likely a security.

Although CRC does not have legal authority on these classifications, it seems the SEC could soon make a final decision about XRP.

This is due to a new complaint that was filed against Ripple, which argued that the firm’s tokens are unregistered securities under the SEC’s framework. The filing also claims that the payment processor company broke a number of laws in the state of California by reportedly “blurring differences between Ripple’s enterprise solutions and XRP to further drive demand,” and “paying exchanges to list XRP, limiting the supply of XRP to drive demand.”

Although Ripple’s CEO Brad Garlinghouse has limited himself from commenting on the complaint, he publicly maintains that the SEC’s guidance cannot be considered “law, rule, or regulation.” Garlinghouse believes that XRP is not a security and could be better classified as a hybrid between an exchange and utility token, as the U.K. Financial Conduct Authority stated in a recent publication. According to the FCA:

“Tokens may have mixed features that may overlap with the above categories, or change over time. For example, Ether can be used as a means of ‘payment’ (exchange token) on the Ethereum platform, and can also be used to run applications (utility token). XRP has similar features.”

At the moment, there is not a single regulatory agency that has granted XRP with “non-security” status. And, the new score given by the Crypto Rating Council only increases the fears among investors. Consequently, the current sentiment around XRP is uncertain, which is clearly reflected in its market valuation.

Stellar Lumens also scored high marks on the Crypto Rating Council scale. In response, the Stellar Development Foundation has maintained that it does not even have a “thought process” on the matter, said director Denelle Dixon in an interview with Forbes.

“We will work with regulators to the extent that we need to on all of these issues. I’m not concerned about the way that we manage. We don’t actually focus on XLM for any other purpose other than to effectuate the network and to bring good to the network and good to the world,” stated Dixon.

Although Dixon is not worried about the SEC, she added that SDF has contacted different government authorities to discuss the Stellar technology.

Until the SEC makes a decision on Stellar that uncertainty will, like XRP, manifest itself in the price. This, in combination with the selling pressure coming from the different airdrops that SDF made, including the most recent announcement of a 2 billion XLM airdrop (representing 10 percent of current circulating supply), could be the reason why Stellar has been sluggish.

Regulation in the industry

Although assessments by the Crypto Rating Council are not legally binding, it does provide clarity into an industry that has faced high levels of skepticism from U.S. officials.

In fact, after CRC rated EOS as a 3.75, coincidentally, the SEC reached a settlement with its creator, Block.one, to pay a $24 million fine for running an unregistered ICO.

Even though the price of EOS was not affected by the SEC’s ruling, other cryptocurrencies have seen a significant decline after the Commission sought enforcement action. Veritaseum, for instance, plunged more than 60 percent following the SEC’s emergency legal action against its owner, whose ICO raised almost $15 million. Kin’s price also dropped after the Commission sued messaging app Kik over their 2017 ICO.

The scores assigned to XRP and Stellar certainly raise additional concerns among investors about their classifications. Yet, it’s still uncertain whether the SEC will ultimately act.