The Stellar Development Foundation has made significant steps in facilitating the adoption of XLM. 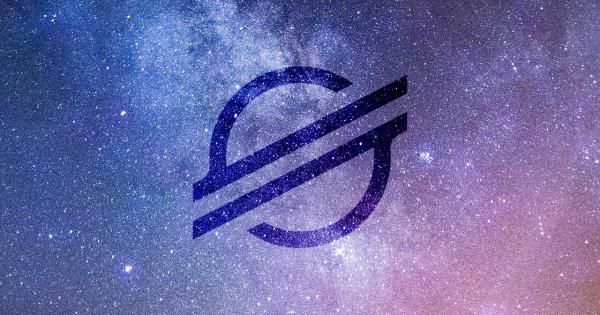 The Stellar Development Foundation (SDF) is working toward “unlocking the world’s economic potential by making money more fluid, markets more open, and people more empowered.” A number of partnerships in combination with different airdrops have helped expand the adoption of the native XLM cryptocurrency.

Earlier this year, the Stellar Development Foundation announced that Denelle Dixon, former COO at Mozilla, will join the team as the new executive director and CEO. With her extensive knowledge in establishing partnerships with commercial entities who are driven by their core mission, Dixon is inspired to push Stellar and SDF “beyond any one product and any single issue.”

“I’m extremely excited to bring all I’ve learned to Stellar and to the Stellar Development Foundation. [This is] an organization [that] embraces openness, attends to the community, and owns a mission, [which] inspires innovation and harnesses constituency power,” said Denelle Dixon.

Additionally, Zelle co-founder Mike Kennedy was brought into Interstellar, a firm focused on developing payment applications on the Stellar network. As CEO he would focus on using Stellar to solve issues with international payments.

Although Dixon’s role in the Foundation only began in May, the announcement was well received by the market. In fact, it was immediately followed by a series of events that put Stellar Lumens at the forefront of the charts.

Around that time, Coinbase Pro revealed that it would list XLM on its advanced trading platform. Then, Coinbase Earn, the exchange’s project that enables users to “earn crypto while learning about crypto,” also introduced support for Stellar.

Balaji Srinivasan, former CTO at Coinbase, “proudly” disclosed that U.S. customers were able to learn about the Stellar protocol while earning up to $50 worth of XLM. Coinbase Earn was set to distribute 1 billion Lumens that were donated by SDF in support of the initiative.

Stellar made the headlines again in March after inclusion in IBM’s blockchain solution, World Wire. The financial rail used Lumens’ technology to help eliminate intermediaries involved in cross-border money transfers. It allowed the firm to transmit funds at a “fraction of the cost and time of traditional means,” according to Marie Wieck, general manager at IBM Blockchain.

“We’ve created a new type of payment network designed to accelerate remittances and transform cross-border payments to facilitate the movement of money in countries that need it most. By creating a network where financial institutions support multiple digital assets, we expect to spur innovation and improve financial inclusion worldwide,” stated Wieck.

The integration of Stellar’s technology into IBM’s blockchain solution was able to boost its awareness among industry leaders that were seeking to develop new products.

As a matter of fact, the London-based borderless payment platform Wirex announced in July a partnership with SDF to integrate XLM into its platform and launch 26 fiat-backed stablecoins on the Stellar protocol. The move aimed to make international transactions with stablecoins faster and more convenient using Wirex Visa card, which is available to more than 2 million retail and 5 thousand corporate customers across more than 130 countries worldwide.

“The 26 stablecoins represent the first fiat-pegged cryptocurrencies that can be used seamlessly in day-to-day life—online, at ATMs and in shops, restaurants and supermarkets—thanks to the Wirex Visa card. They are also the first stablecoins that can be instantly converted into digital or traditional currencies at OTC and interbank rates, making them even more suitable for moving money around the world,” read the announcement.

Partnering with Stellar made perfect sense for both companies that share the greater goal of encouraging the mass adoption of digital currencies, according to Pavel Matveev, co-founder at Wirex.

Finally, the Stellar Development Foundation recently unveiled its largest airdrop to date, worth over $120 million at current prices. In partnership with Keybase, a free group messaging community and file transfer hub, up to 2 billion XLM is planned for distribution over the next 20 months among Keybase’s user base. The airdrop will help bring new users into the messaging platform and expand the adoption of XLM by getting it “into the hands of real people,” said Denelle Dixon.

Despite the work to accelerate XLM adoption, the crypto community is concerned about the extreme levels of centralization that the Foundation has over Stellar Lumens. Larry Cermak, director of research at The Block Crypto, pointed out that 98.5 percent of all XLM is owned by the top 100 addresses and 89.6 percent is owned by the top 10. These levels of token concentration are a serious concern for investors.

Stellar’s whitepaper states that SDF’s plan is to hold the majority of tokens in order to give them away in small amounts. This will allow them to control the circulating supply of tokens in the market and grow the community. Nonetheless, when considering that over 80 billion XLM, worth $6.6 billion at current prices, are sitting in the Foundation’s wallets the token distribution remains alarming from a dilution standpoint.

In addition, it is uncertain if the U.S. Securities and Exchange Commission (SEC) will label XLM as a security. As the regulatory agency ramps up its efforts to combat fraud and unregulated startups in the cryptocurrency industry, worry about the designation of Stellar Lumens in a genuine concern.

However, SDF does not even have that as a “thought process,” suggested Denelle Dixon in an interview with Forbes.

“We will work with regulators to the extent that we need to on all of these issues. I’m not concerned about the way that we manage. We don’t actually focus on XLM for any other purpose other than to effectuate the network, and to bring good to the network and good to the world,” added Dixon.

Although Dixon is not worried about the SEC, she added that SDF has contacted different government authorities to discuss the Stellar technology.

During the time before the SEC makes an official statement about the legality of Stellar Lumens, the uncertainty around it will continue to manifest itself. This, in combination with the selling pressure coming from the different airdrops that SDF made, could be the reason why XLM has been slugging.

Throughout most of the year, this cryptocurrency did not enjoy the same price action as the other top 10 coins. While Litecoin surged 552 percent since mid-December 2018, for instance, XLM only went up 66 percent during the same time span. And in the most recent correction, Stellar even made a lower low hitting $0.057. The last time XLM was trading around this price range was back in October 2017.

Surprisingly, Lumens managed to climb 60 percent in the last 3 days to reach a high of $0.091.

Based on support and resistance levels it may be possible to identify where XLM is headed next. These price points have acted as strong barriers in the past containing the price of this crypto from moving in either direction. At the moment, Stellar is trading between the $0.073 support and $0.096 resistance level. Breaking above or below this zone will determine whether Lumens is bound for a further upswing or if it is doomed to make lower lows.

As the Stellar Development Foundation continues to expand the use of its native token into new territories, more airdrops are likely to come. Thus, the circulating supply of XLM could see substantial increases year after year. Even though the law of supply and demand states that as the quantity of an asset increases its price falls, the executive team at SDF believes that airdrops are central to creating a more inclusive digital economy. More inclusive or not, this may not bode well for current holders.

According to Jed McCaleb, co-founder of Stellar Development Foundation:

“Giving away Lumens [XLM] for free is an invitation to communities to design the services they need. Our hope is to eventually have global citizens own and use Lumens, in both developing and developed economies.”

It remains to be seen if the Foundation is able to get the regulatory clarity it needs, which could certainly propel the expansion and adoption of Stellar Lumens. Until then, try not to get dumped on. 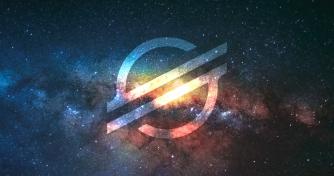 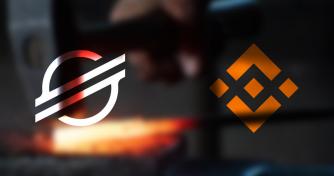 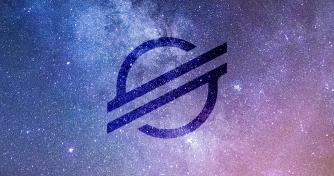 Stellar leads in daily active accounts according to new estimates 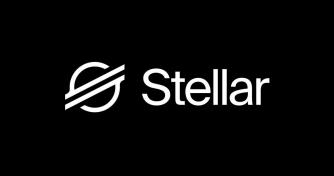