The Sri Lankan government remains anti-crypto and the central bank issued a new notice on the matter to warn citizens. 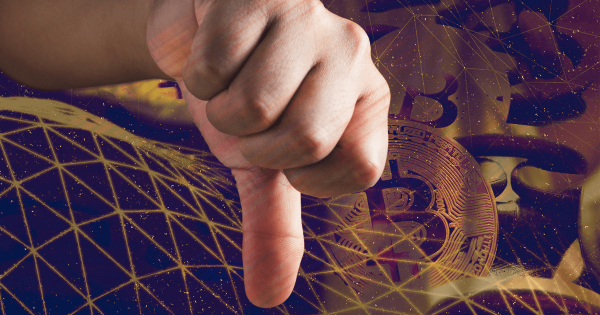 The Central Bank of Sri Lanka (CBSL) reiterated its anti-crypto stance in a new notice dated July 12. It confirmed that no entities are authorized to carry out digital asset activities, warning that users have no protection should they fall victim to “various types of VC [virtual currency] schemes.”

Cryptocurrencies are not banned in Sri Lanka. However, the country’s lawmakers promote the idea of the rupee above all else. As far as cryptocurrencies are concerned, this translates into a “buyer beware” approach to discourage citizens from investing.

Summarizing the findings of a research committee on blockchain and cryptocurrency use in October 2021, the then CBSL Governor Ajith Nivard Cabraal said crypto investors bear the responsibility for their actions. Cabraal commented that the only approved pricing/payment system is in rupees.

“This is not like a barter system. Sri Lanka’s currency unit is rupee. Only rupee is approved by the central bank as the transaction until. Nothing else has been approved.”

Cryptocurrencies remain on the fringes in Sri Lanka

The July 12 notice confirmed that the CBSL has not licensed or approved any company involved with cryptocurrency to operate in Sri Lanka, including those that offer exchange services.

“CBSL has not given any license or authorization to any entity or company to operate schemes involving VCs, including cryptocurrencies, and has not authorized any Initial Coin Offerings (ICO), mining operations or Virtual Currency Exchanges.”

Given that authorities consider cryptocurrencies as unregulated financial instruments, there is no regulatory oversight, or protections in place, regarding their use and handling in Sri Lanka.

The IMF is monitoring the situation

The CBSL’s position is somewhat surprising considering the ongoing situation in the country.

As evidenced by several currency collapses in the past, such as hyperinflation in Venezuela, people are turning to cryptocurrencies as an unofficial payment rail to plug the gap left by the faltering domestic currency.

Blackouts, food shortages, and lack of medical supplies have led to widespread riots across Sri Lanka. President Gotabaya Rajapaksa fled the country on Wednesday following the strength of anti-government protests, triggering a state of emergency to be declared.

On May 19, Sri Lanka became the first Asia-Pacific country to default on its debt this century. It owes $51 billion to bondholders and creditors, the primary holders are Japan, China, and India. The current CBSL Governor, Nandalal Weerasinghe, said without a restructuring deal (i.e., taking on more debt,) Sri Lanka cannot pay.

“Our positions are clear. We say until they come to restructure we will not be able to pay.”

According to Bloomberg, the IMF will continue to monitor the situation. However, regarding Rajapaksa fleeing the country, restructuring talks have been setback by the lack of “a constitutionally mandated government to negotiate with.”

Here’s how the cryptocurrency market can overcome its macroeconomic woes