The past year has seen major changes in trading interest. It's been well documented that LUNA and SOL have emerged into the top 10 market cap assets with very high volume. But this has come at the expense of BTC and ETH volumes. 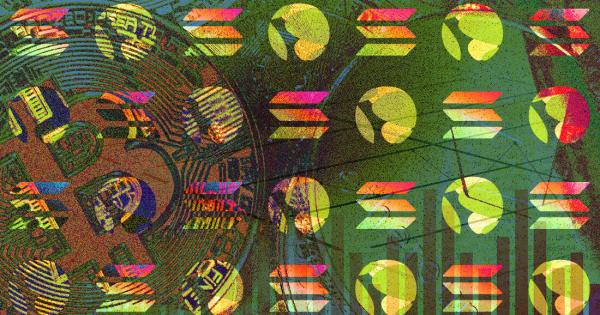 This year has not been favorable to the price actions of neither bitcoin (BTC) nor ether (ETH), the two major cryptocurrencies by market cap. Bitcoin started out this year trading at $47,370 but has since then fallen to $38,945 at press time. Looking at ether, the story is the same, or even worse as the ether token started out at $3,730 on the 1st of January and is now trading at $2.580.

150 times increase in trading volume in a year

Zooming out, the past year has seen major changes in trading interest, according to data provided by crypto analysts Santiment. It’s beyond doubt that Terra’s LUNA and Solana’s SOL tokens have established themselves as top ten market cap assets with very high trading volume, but this seems to have come to the expense of trading volumes for bitcoin and ether.

Bitcoin’s trading volume down to a third

The conclusion seems to be that the interest of the market, as reflected by trading volume, is following potential trading profits. Tokens, even the biggest ones, receive less interest during bear markets, while tokens with lesser market caps draw attention by having greater growth potential as prices go up.