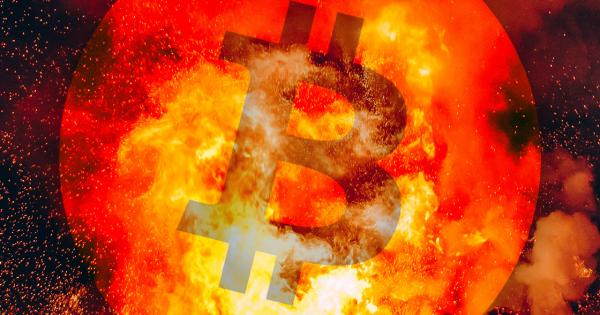 Photo by Christopher Burns on Unsplash

April 12th’s rushed injection of capital saw Bitcoin’s largest intraday hike since February the 6th, yet who were the winners?

Moments after Bitcoin shorts overwhelmed long positions, BTC was catapulted on a $900 joyride in a rushed injection of $16 billion dollars in under an hour. Taking altcoins of all description by the scruff of the neck, Bitcoin’s surprise spike laid the groundwork for a 10% pump market-wide.

In the wake of a string of pro-cryptocurrency regulatory developments, the momentous booster was sufficient to fuel a bonfire of “moon” talk, along with the mainstream media’s expected platter of fundamentals-based analysis — ranging from talk of a renewed interest in cryptocurrency after tax season to the obligatory pessimistic statements of FUD.

As valid as any of these musings may be, the pump’s precise co-occurrence with April 12th’s all-time high BTC short position would be a fantastic coincidence indeed  — all roads leading home to a textbook example of a “short squeeze.”

For those uninitiated, a short squeeze denotes a sharp price spike in the context of a heavily shorted asset, efficiently stripping positions from traders anticipating a further price drop. As price starts to rise, a subsequent domino effect ensues as deflated shorters scramble to re-buy their asset.

With BTC prices slumbering below $7,000 for weeks, one can see that a momentary spike up to $7,000 would liquidate thousands of short positions, offering the so-called “smart money” the proverbial candy from a baby — the baby being a vocal community of disgruntled retail traders.

While the prospect of taking out a multi-billion-dollar position would be a diabolical risk to most, the players responsible would have undoubtedly asserted these positions with the cucumber-cool calculation of market makers.