SEC plans to 10x the definition of “accredited investor”

The SEC is considering raising the threshold for who can be considered a so-called “accredited investor”. The proposed limit at $10 million would make it even harder for ordinary people to invest in startups. 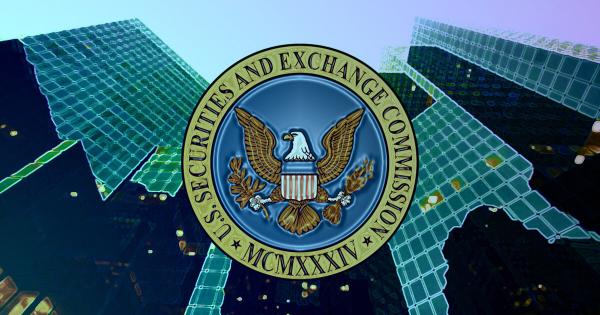 In an effort to “enhance investor protection and disclosure” the U.S. Securities and Exchange Commission, SEC, is planning to raise the limit for who is eligible to become a so-called “accredited investor”, or who is allowed to invest in “unregistered” share offerings, startups in the common tung.

According to Bloomberg Law, This is not the first time the SEC is considering changing the rules, but in the past, it’s been about modest tweaks. This time is different. The agency is expected to pick it up again in April with a request for public comment on changing the definition of accredited investors to at least $10 million, as per the agency’s fall 2021 regulatory agenda.

It’s ok if you work in finance

As of today, people who like to qualify as accredited investors must have at least $200,000 in personal income, or $300,000 for combined household incomes, over the past two years, with the expectation of the same or higher income in the current year.

People with a net worth of more than $1 million jointly or with their spouse, excluding the value of their home, also qualify. Also, In 2020 the agency added qualifications which include people working in finance, such as brokers, executives, or directors of companies issuing unregistered securities.

The plan contradicts recommendations from the SEC’s Small Business Capital Formation Advisory Committee. At a meeting on the 10th of February, the committee recommended that the SEC should expand the definition of an accredited investor in order to address diversity, equity and inclusion in capital markets and avoid exacerbating the wealth gap.

The SEC’s plan raises questions about equity and diversity. Critics say that tougher definitions could make it harder for investors from underrepresented communities, and contradict the Biden administration’s broader focus on diversity and equity.

“People been historically financially locked out”

“The inclusion of more people also pushes economic development, ingenuity, returns for a group of people who’ve been historically financially locked out of the ability to buy homes, locked out to levels of loans and access to capital,” said Shelly Bell, founder and CEO of nonprofit crowdfunding organization Black Girl Ventures, who spoke at an SEC meeting earlier this month.

Voices in the crypto industry are, not surprisingly, just as critical if not more. In a tweet yesterday, Jake Cherwinsky, Head of Policy at the crypto lobbying organization Blockchain Association, says:

“In my opinion, there should be no wealth test for access to investments, end of story. Although perhaps well-intended once upon a time, the accredited investor rules are regressive & contribute significantly to inequality in America. They’re long overdue for a major overhaul.”