As the SEC vs Ripple lawsuit took a significant turn, Ripple sets out to launch the world's first NFT incubation program. The fact that Ripple NFT Creator Fund is designed as a long-term project to develop Ripple's own NFT ecosystem proves that Ripple does not expect to lose the lawsuit. 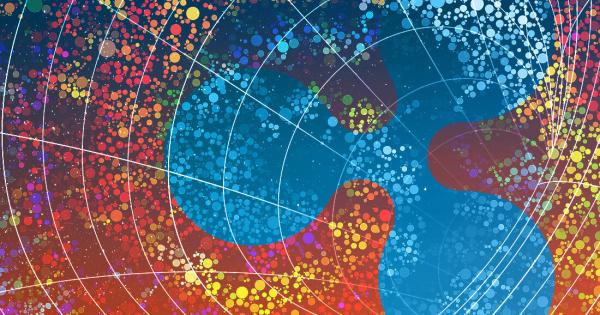 The U.S. Securities and Exchange Commission (SEC) claimed that XRP was unregistered security and filed a lawsuit against Ripple and both its executives on December 220, 2020. The case has been going on ever since, while the community held its breath watching its progress.

A critical decision was made on the case last week. While it did not finalize the dispute, it practically marked Ripple’s triumph. Around the same time, Ripple announced that they are launching the first wave of their NFT Creator Fund.

Attending #SXSW? Join us March 11 – 13 to discover #NFT capabilities on the #XRPL, learn about our $250M Creator Fund, chat with our friends @MintNFTofficial and @XRPLPUNKS, and learn about what other creators are doing on the ledger. 👇https://t.co/rKuuegjfSj

What is the NFT Creator Fund?

NFT Creator Fund is a program where Ripple provides creators with necessary tools, financial support and access to potential partnerships to help them kick-start their NFT projects. The program will include creators to develop their NFT lines and NFT marketplaces who seek new talent.

Ripple team announces that XRP Ledger has a built-in easy to use native token functionality called XLS-20d. During the first wave of the NFT Creator Fund, participants will be using NFT-Devnet, which is a beta environment that enhances XRP Ledger’s NFT support.

According to Ripple Teams’ announcement, NFT-Devnet is designed to allow anyone to quickly and efficiently create their NFT projects regardless of their experience level. Promoting XRP Ledger’s speed, affordability, simplicity and it’s carbon-neutral operation, Ripple signals that their NFT incubation program is designed to be a long haul.

For the first wave, the total budget of the Creator Fund was set as $250 million. Since the launch of the program, it received nearly 4,000 applicants offering a rich selection of use cases. Some of the creators include xPunks, Steven Sebring and Justin Bua while Mintable, mint NFT, NFT Pro and Ethernal Labs joined as marketplaces. The team’s blog post states:

“Since the Creator Fund launch, we have received nearly 4,000 applicants that submitted projects focused on NFT use cases across gaming/metaverses, music/entertainment, art/collectables and beyond.”

Why is Ripple doing this?

The Ripple Creator Fund is currently the only creator centred program in the market. The team’s announcement post also includes a statement explaining Ripple’s view on the future of NFTs as being more than just art. The blog post states:

“While early NFT use cases have primarily been centred around avatars, art and collectables, more utility-based applications are beginning to emerge. As the technology and its use cases continue to mature, it’s these real-world applications that will continue to enrich NFT experiences and afford usefulness for the community.”

“The core utility-based use cases we believe will have the most immediate impact include Media & Entertainment, Carbon Credits, and Real Estate, and we will take a deeper dive into each from both a technical and practical application perspective in future posts. “

Supporting this statement from the blog post announcement, Monica Long, the general manager of the app development of Ripple also commented on the growing pace of the NFT market and said:

“NFTs have very quickly proven to have real utility within crypto — from digital experiences and rewards to artist royalties, co-ownership of real-world assets, and more.”

These statements show Ripple’s belief in the future of NFTs. Also, they indicate that their efforts to assist creators aim at building Ripple’s own innovative NFT use cases community. Overall, it seems like the Ripple team is confident that the lawsuit with the SEC is not going to result at their disadvantage.