Research shows 46 million Americans would use crypto for retail purchases

U.S consumers want to use cryptocurrency as a means of payment, but mass adoption won't be happening anytime soon 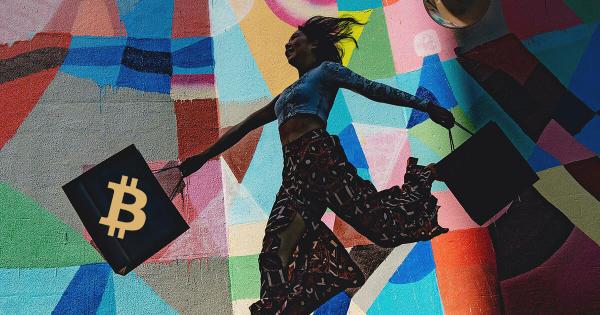 BitPay has released a report that shows crypto is gaining traction among U.S. consumers as a means of making retail payments.

However, the report also detailed why full-scale mass adoption of crypto for payments is still years away from becoming a reality.

Interest in cryptocurrency as a payment method on the rise


Multiple use cases for cryptocurrency exist, including lending and borrowing, store of value, gaming, and tokenization. But to this day, it’s still generally associated more with payments than anything else.

Despite big pushes from suitable “payment tokens” such as Bitcoin Cash and Litecoin, cryptocurrencies have yet to impact the world of retail payments significantly.

Several factors hinder the adoption of cryptocurrency in this regard. Problems such as transaction speed and cost, volatility, liquidity and convertibility, security, and counter-party risk.

To make the experience as slick as using a Visa debit card, many organizations believe the solution lies in developing appropriate layer 2 infrastructure.

Layer 2 refers to any secondary or additional framework that runs on top of an existing blockchain. They generally exist to improve speed and scale but operate independently of the main chain.

With increasingly slick layer 2 solutions, not forgetting the rise in cryptocurrency ownership, interest in using crypto for payments is rising.

BitPay report shows 46 million consumers would use crypto for payments

PYMTS.com, in collaboration with BitPay, compiled the “Cryptocurrency Payments Report,” which looked at U.S. consumer opinions on using cryptocurrency as a payment method.

It surveyed 8,008 U.S consumers and classified them as either a current crypto user, a former crypto user, or a nonuser. Assumptions on the general population of the U.S. were made by extrapolating the results.

Key highlights of the report include, 16% of the U.S. population either currently own cryptocurrencies or did at one time.

29% of consumers are likely to purchase cryptocurrency, whether they are owners or not. The report also found that all classifications of subjects, user, former user, and nonuser, are keen to own and use cryptocurrencies for purchase in the future.


18% of the adult population is likely to use cryptocurrency to make a purchase, which works out to about 46 million consumers, including 17 million nonowners.

Those who made purchases reported buying a range of things from jewelry to groceries, as well as big-ticket items, including real estate.

As expected, given its number one ranking, Bitcoin is the most held cryptocurrency, with 80% of current crypto users owning it.

Despite strong intentions to use cryptocurrency for payments, PYMTS estimates just 1% of retail sales in the next 12 months will be paid for with cryptocurrency. They say a large gap exists between merchant acceptance and consumer interest.