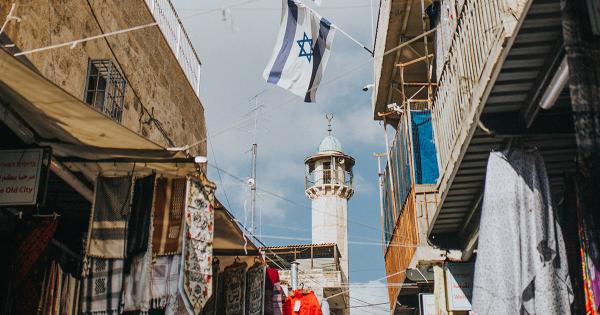 Photo by Zoltan Tasi on Unsplash

While countries like China, India and the U.S. are limiting the cryptocurrency sector, smaller countries like Singapore, Venezuela, Colombia and Malta are creating optimal regulations and infrastructure for the burgeoning digital asset ecosystem.

Now, Israel is apparently toying with the idea of a state-backed cryptocurrency, according to the Jerusalem Post.

The Bank of Israel (BOI) and Israel’s Finance Ministry are exploring the digital token version of a physical shekel, the country’s official currency.

The move is said to prevent tax evasion by using the prowess of blockchain technology–e.g. tracking a citizen’s transactional data in real-time while enabling faster transactions. The report also indicates that such an application could solely work on mobile phones.

While the development may surprise some outside of Israel, the country reportedly has a vibrant cryptocurrency ecosystem, even boasting a dedicated blockchain association.

In 2017, Bloomberg ranked the country as the No. 10 most-innovative economy in the world based on technology adoption and patent creation–two fundamental factors for cryptocurrency growth.

The country’s largest banks have also forayed into cryptocurrencies in their own capacity. Tel Aviv-based Bank Hapoalim is working toward tokenizing its financial assets under a blockchain though a partnership with Microsoft Azure, a cloud computing platform that allows developers to share, store, test and collate information on rising technologies including blockchain.

Even the country’s judicial system avoids baseless decisions against cryptocurrencies. In February, Bank Leumi banned customers from interacting with cryptocurrency businesses, citing AML concerns. However, the Israeli supreme court swiftly intervened and stated the decision was redundant, calling for an immediate retraction of the ban.

Furthermore, the supreme court allowed more access to cryptocurrencies and related businesses, such as crypto-gambling and casinos, for the citizens, spurring significant adoption among citizens and institutions.

Cryptocurrency transactions are reportedly recognized in the country as well, despite the lack of a well-defined framework.

However, a high tax caveat remains, as cryptocurrency capital gains are charged at a mammoth 46 percent for institutions and 25 percent for individuals.

The move is in line with other governments around the world that want their share of the multi-billion dollar sector. And while high taxation and government intervention go against the ethos of digital currencies, regulation is an inevitable feature of any rising industry, and states like Israel may propel growth and set an example for a sustainable crypto-economy–with both state-backed and typical cryptocurrencies operating simultaneously.