Reddit’s true crypto adopters may not be subscribed to its crypto-focused subreddit. 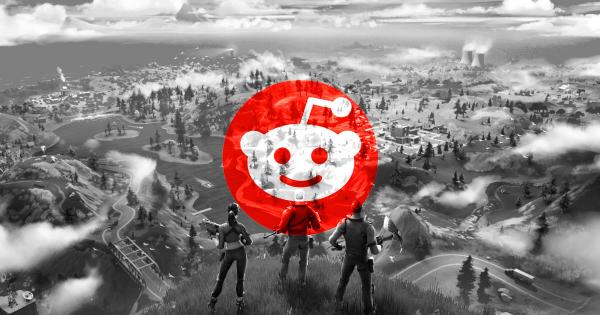 Reddit’s true crypto adopters may not be subscribed to its crypto-focused subreddit.

Weeks after Reddit announced its Ethereum-based Community Points and incentives program for two subreddits, an unlikely contender seems to have come up on top.

In a rather ironic and hilarious revelation; data from Reddit’s dApp tracker shows r/FortNiteBR, a gaming subreddit, did almost three times the number of ERC20 transactions than r/Cryptocurrency.

The below graphic illustrates:

r/FortNiteBR, and users holding the community’s Bricks token, did five times as much transfers than r/Cryptocurrency’s Moon token. The latter is dedicated to digital assets and leads in altcoin information, while the former is geared towards those interested in Fortnite, a massively popular game.

12,800 holders, or 1 percent, of the Fortnite community, hold Bricks. However, r/cryptocurrency holds even lesser; only 2,800 users, or 0.2 percent, are Moon holders. Bricks users have transferred the tokens around 14,000 times with other users, while only 3,000 Moon transfers have taken place since inception.

A look at Fortnite’s “rising” and “hot” posts show high user interaction and activity, with “percentage upvoted” and comments higher than those on r/Cryptocurrency posts. The sentiments show the former community may have a larger number of active users, compared to the latter.

Besides, gamers have been exposed to micro-transactions and in-game tokens since the start of this decade. Popular games, both on computer and mobile, feature in-game currencies that are extensively used. Presumably, Fortnite users may be more conversant with token usage, unlike crypto users who mainly speculate or hold.

Meanwhile, r/Cryptocurrency users are not very impressed with Moon tokens, if relevant posts on the subreddit are considered. Some say the effort is a marketing gimmick that attaches “blockchain” as a buzzword to increase downloads, while some point the token’s non-monetary value, and non-guarantee of prolonged Reddit support, meaning they are nothing more than a “dud.”

For the uninitiated, Bricks and Moon are part of Reddit’s Community Points effort. Users can store them on “vaults,” and redeem badges, GIFs, and emojis within the platform and transfer those to any Ethereum address.

The tokens are under testing and not on the mainnet yet. However, if the concept catches on and proves its utility, Reddit may roll out the feature to its 450 million users.