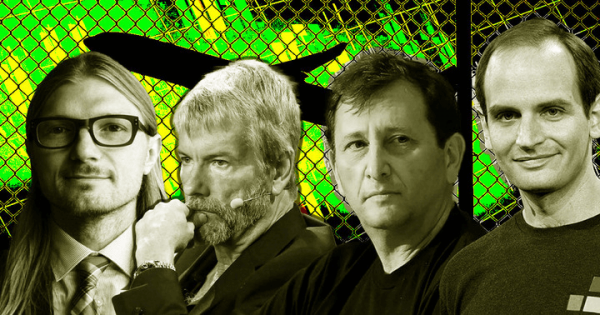 A spate of crypto CEO step-downs recently has the community wondering what is happening behind the scenes.

Analyst and co-founder of research firm Reflexivity Research, Will Clemente, listed five significant departures in a tweet posted Sept. 27 before asking, “who’s next?”

A similar pattern was observed pre-covid, albeit in relation to legacy firms. In support of this, Senior Analyst at Bitcoin Magazine Dylan LeClair tweeted a screengrab of a CNBC article, dated February 2020, with the headline, “Rapid CEO turnover continues with a record number of top executives departing in January.”

Fast forward to now, amid a backdrop of faltering currencies and general economic weakness, speculation is rife of an impending meltdown or black swan event.

One person who does not doubt a crash is coming is “Rich Dad, Poor Dad” Author Robert Kiyosaki, who fears this one will be worse than the Great Depression, which ran from 1929 to 1939 and ended with the start of World War II.

“This is going to be the biggest crash in world history, we’ve never had this much debt pumped up.”

Kiyosaki advises putting money into things that cannot be printed, like precious metals, Bitcoin, and food.

Aside from canned food with the expectation of sustenance during food shortages, Kiyosaki takes his advice further by disclosing his investment in livestock, specifically Wagyu cattle.

“People talk about farmland and all that stuff, but I think cattle are great.”

The past week has seen the dollar re-exert its strength, with the pound falling to a new all-time low against the greenback.

Analysts have blamed newly appointed Chancellor Kwasi Kwarteng and his “relief measures,” which include tax cuts.

Currency and credit markets reacted negatively as an acknowledgment that further borrowing would be used to pay for these “relief measures,” as opposed to an increase in output.

The past week has seen macro weakness translated into Bitcoin bucking the trend. Fortune noted that BTC is up 6% against the dollar, while the pound sunk as low as -6% over the period.

As for crypto CEO departures, Investor Adam Cochran posted a tongue-in-cheek message that alluded to a significant cash incoming.

When there is a ton of money to be made on equity they cash out at the bottom, right?

However, others have a different take. @KevinSvenson_ speculated that crypto CEOs might be aware of “major regulation” on the way. And are quitting to avoid the fallout of strict new digital asset rules.

“Do they all know something we don’t? like some kinda major regulation that’s coming? i wonder.”

Meanwhile, Autism Capital explained the situation, saying this is “normal in every bear.” The CEOs have made their money and now seek to enjoy life without the pressures of the grind.