The proposal comes barely a day after the Ethereum scaling solution airdropped its governance tokens to early adopters. 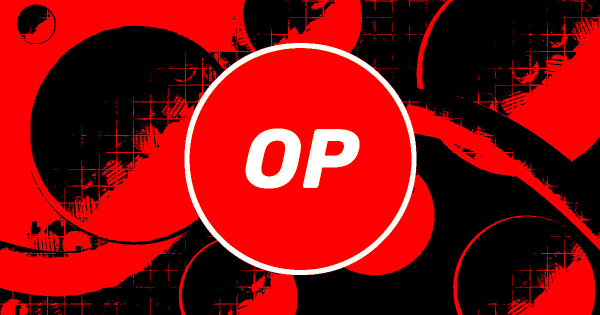 Optimism community member 0xJohn has submitted a proposal to prevent anyone who sold the initial Optimism airdrop tokens from participating in future airdrops.

The proposal comes barely a day after the Ethereum scaling solution airdropped its governance tokens to early adopters. The layer-2 solution also rewarded multi-sig signers, GitHub donors, and DAO voters in the airdrop.

Many users who received the token in the airdrop immediately sold it, which caused OP’s price to fall over 40% after trading as high as $2.1 post-launch.

Although the practice of dumping tokens after an airdrop is not new in the crypto space, 0xJohn is not pleased. In the proposal, he decried the selloff stating that it goes against the ethos of the protocol.

Have seen enough wallets collect the OP airdrop, swap it straight to Uniswap. These accounts are not playing a constructive role in Optimism governance.

In his view, the sale defeats the original purpose of creating the tokens. He listed four addresses that dumped all the tokens they received. One of these addresses swapped 32,421 OP for 45,894 USDC and withdrew it from the ecosystem, an action he considered “purely mercenary.”

However, he agrees that everyone can use their tokens as they wish. He also added:

Why should Optimism Collective continue rewarding these kinds of mercenary actors who will dump their tokens on first sight? Why should any future airdrops reward these addresses?

So far, most of the responses to the proposal have been in support, although some only agree partially. A user claimed they sold 50% of their airdrop to account for the transaction fees.

Optimism will be having more airdrops soon, though no information has been released yet.

Famous crypto influencer Cobie also commented on the proposal and said he agrees with the recommendation but cannot vote to support it. He added that canceling future airdrops to those dumping tokens will be great for any protocol.

I posted on the Optimism governance forum in response to the recent proposal making sellers ineligible for future tokens: https://t.co/lkRDjCaYS6 pic.twitter.com/YRyBLkPbNj

But Cobie does not believe the proposal is comprehensive enough. He said:

In order to support the proposal, I believe it needs to be significantly extended in scope (who is punished) and severity (what the punishment is).

Cobie made four recommendations that he believes would make the proposal better. His suggestions include canceling the governance power of sold tokens, canceling the airdrop of buyers, and increasing the severity of the punishment.

They actually moderated this. LoL
Optimism is trying really hard to prove that you can die more after you are dead. pic.twitter.com/oSWFMpEtdW

Optimism has since moderated Cobie’s comment claiming it did so because the account might be a parody account. However, Cobie replied to the move on Twitter and said Optimism’s governance is a sham because “they do not want the common people to have their say.”

Optimism governance has deleted all replies and unlisted the post.

They do not want the common people to have their say.

This governance is a sham! We need freedom of speech!