Op-ed: How Do Kwon, Terra could have set crypto back 10 years

Mainstream adoption of crypto has been trending in a positive direction for the past three years, could all that hard work be for nothing? 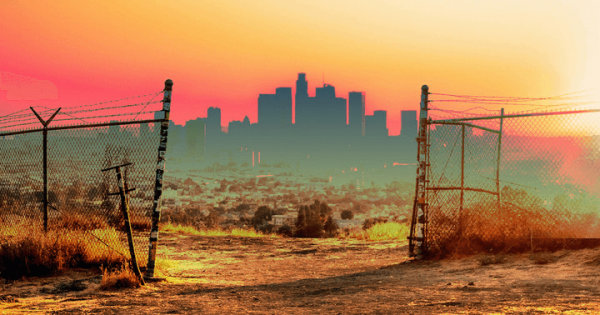 The fallout from the collapse of Terra could be even more significant than we first thought. I recently wrote a piece claiming that the crypto industry is under attack from multiple angles, and witnessing the current sentiment within the community, I fear it’s only just begun.

Crypto as a Ponzi scheme

Crypto has been called a Ponzi scheme and a scam by many no-coiners over the years. While there have certainly been examples, the crypto industry has started to receive actual institutional adoption over the past few years.

Indeed, my argument in my last op-ed was based on the fact that the crypto industry has legitimized itself as an existential threat to the current financial system. This threat has central banks, the WEF, the IMF, and the rest of the traditional finance industry concerned that they may lose their hold on the global economy.

I accept that a complete departure from the traditional financial system could end in anarchy, but I also believe that the current system is broken and needs to be rebuilt. In doing this, many of the world’s wealthiest companies and individuals would have to lose out on a fairer distribution of wealth and financial freedom among the 99%.

Fueling the fire against crypto

However, the coming crypto winter could be the last opportunity for the old guard to make a play for control over digital assets such as cryptocurrencies and NFTs. The catastrophic events of the Terra meltdown directly wiped out over $30 billion from the combined market cap of crypto.

The additional fear, uncertainty, and doubt (FUD) created by the collapse caused a further $160 billion to be lost as the broader market softened. Concerned investors have begun asking advisors how to manage risk in such scenarios.

Now, just weeks after this devastating event, a new blockchain named LUNA has launched with a fully diluted market cap of $5.8 billion. The circulating supply comes in at around $1.2 billion as around 70% of tokens are allocated to Luna Classic, and TerraUSD holders have been automatically staked on their behalf.

The staked tokens will be vested for between 2 – 5 years to “protect the security” of the blockchain. Any sane person will ask where this value comes from and how can the Terra ecosystem essentially create the best part of $6 billion out of thin air?

The crypto industry is famous for comparing recent government actions to that of a “money printer,” but how is this any different from what the launch of LUNA 2.0 has done? The lack of any regulatory oversight or consideration for the nuances of launching a brand new blockchain is mind-boggling.

Regulation is not inherently a bad thing; the resistance to regulation in the crypto community is that it is almost always centrally run. Crypto promotes the dream of decentralized finance, and therefore that requires a form of decentralized regulation, or else the whole thing is pointless.

Even more concerning is that the plan to rebuild the Terra ecosystem and subsequently launch the new chain took less than two weeks, which is insane!

A $6 billion ecosystem was theorized, voted on, and implemented in less time than it takes to get a mortgage on a $150,000 house in Manchester (trust me on that one!) Former banker, CryptoWorldJosh commented,

“Terra making a new “Luna” coin just 2 weeks after it had the biggest meltdown in Crypto history resulting in over $50 billion losses? How is this even real?

Crypto regulation is coming for sure 😂”

There is no way this new project can be considered worth billions of dollars when next to no thought has gone into its inception. The Terra ecosystem was reliant on the arbitrage between UST and LUNA.

The new blockchain does not contain UST at all, so one of its significant value propositions has been removed, and yet it still apparently has more value than the New York Times ($5.7B). Founder of Blocktower Capital, Ari Paul, stated, “I believe in second chances, but not by unrepentant scammers back at old tricks just months later.” Terra hurt crypto more than we know.

Many are calling Terraform Labs CEO Do Kwon a scammer and a Ponzi scheme architect, and these are the tame accusations! Further, those calling out TerraUSD as a Ponzi from the beginning are now being legitimized due to the substantial losses amassed by global investors.

However, as Ethereum founder Vitalik Buterin recently evaluated, TerraUSD didn’t have to end this way. The code was not thought through, and the model was not tested rigorously enough. The mechanics used to hold the peg to the dollar were essentially reliant on positive market sentiment. As soon as the market lost faith in the Luna token, everything else was doomed to fall around it.

However, as a result, the concept of a decentralized stablecoin is now essentially out of the picture. It is more likely than ever that strict regulation will be brought in to ban automated stablecoins altogether and thus push crypto in a direction away from innovation.

Had TerraUSD been a minor success before failing, we may have seen it used as a test case for future automated stablecoin research. Yet, this dream is likely dead. No one will want to be involved in any project that resembles TerraUSD ever again, and centralized finance will surely aid the movement.

I believe the past two weeks will set a precedent and subsequently hold the crypto industry back years. I am not alone in this assertion; as Nic Carter tweeted recently:

“Terra gave the MSM 10 years worth of fantastic ammo to beat us up with. the dollar stable promise, retail losses, fintechs putting client assets in, VCs dumping the top and thumping their chests. it is what it is. historical L and yes we deserve it. totally failed to self-police.”

The Terra fallout is not over yet

There is no denying that the fallout of Terra and Do Kwon’s actions will have a long-lasting effect on the broader crypto industry for years to come. The fallout has likely not even settled. Many exchanges, such as Binance, have not yet distributed the airdrop tokens to investors due to the technical complexity of integrating a new chain and disseminating the tokens across all investors appropriately.

The delay means that investors who held tokens in their wallets have been free to trade for days before the rest of the community. Were this to happen in the traditional markets, someone would likely be going to jail for mismanagement of funds and unfair trading practices.

Further, liquid LUNA Classic tokens have been replaced with illiquid LUNA 2.0 tokens. Only 30% of the tokens have been distributed to holders, with the rest being automatically staked. The holders of these tokens did not agree to have their investments locked away for years, but the governance vote of the chain said otherwise.

There is an argument to be made that the Terra community orchestrated the on-chain governance, and therefore a democratic process was followed. Yet, only 200 million votes were cast in favor of the move to a new chain, while there were 7.5 trillion tokens in existence.

I believe that the coming crypto winter will be used as a time to attempt to force centralized regulation in areas of crypto that pose the biggest threat to the current system. There will be a lot of FUD claiming that this is to protect “mom and pop investors” and stop future Ponzi schemes. Average retail investors are angry that no one has been held accountable and scared of losing their savings. Joe, aka OLavasova, took to Twitter to express his frustration;

“I hate regulation, but watching $40b Luna collapse with nobody held accountable or went to prison or was barred from being involved in any future crypto projects, on top of that launch of Luna 2.0 makes want to see some hardcore regulation in crypto.”

Some of the regulations may be good for the industry, but some will be inherently bad, disguised to fool us into a false sense of security. I ask that we remember why we believe in crypto and look at both sides of the argument when new regulations are proposed. Ask yourself, “who really sets to gain from this?”