2021 was the year of institutional crypto adoption

Last year will godown as the biggest year for cryptocurrencies in terms of adoption—both from institutions and corporations. 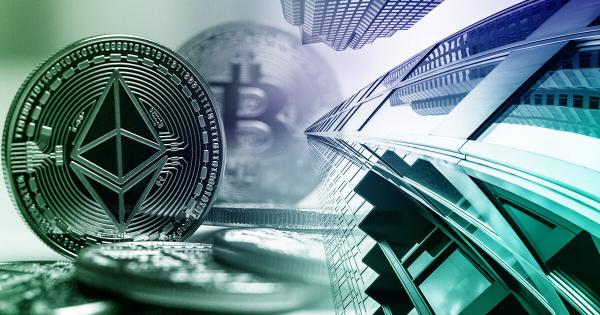 Despite the volatility the crypto market experienced in 2021, the year turned out to be a net positive for almost every aspect of the crypto industry. The year saw several major developments that accelerated the adoption and success of the broader crypto market and others that served as headwinds that slowed down the market’s growth and forced its participants to take their losses and rebound.

However, none of these events seem to have slowed down the rate of institutional adoption. According to Kraken Intelligence’s 2021 Crypto-in-Review report, last year will unequivocally go down as the biggest year for cryptocurrencies in terms of adoption from institutions.

“Not only did multiple financial institutions and corporations gain exposure to the asset class, but capital inflows from new and existing crypto-focused investment vehicles took off,” the company said in the report.

Kraken Intelligence noted that a large part of this jump in AUM year-over-year is due to legacy financial institutions and investors investing directly into crypto-focused funds. In 2021, NYDIG raised $100 million from Liberty Mutual Insurance, the third-largest insurance provider in the U.S., and a cohort of other institutions. Fidelity Investments purchased a $20 million stake in Marathon Digital Holdings, a leading U.S. enterprise Bitcoin miner.

Large investments like these were followed by an increase in the overall number of crypto-focused funds, which grew from 804 in 2020 to 851. According to Kraken Intelligence, the bulk of this growth is represented by crypto-related hedge funds rather than venture capital.

And while this growth is rather impressive, it pales in comparison to the interest, support, and adoption from legacy financial institutions. Given their relative underexposure to the asset class, the rate of adoption from TradFi institutions stands out even further.

In 2021, some of the largest global financial institutions greenlighted both expensive and extensive cryptocurrency efforts. BlackRock, one of the largest investment management corporations in the world, authorized two of its funds to invest in Bitcoin. Legacy investment banking giant Morgan Stanley began offering its clients access to Bitcoin funds, while investment manager BNY Mellon said it would hold and transfer Bitcoin on behalf of its clients. The anti-bitcoin sentiment at J.P. Morgan turned around last year as it became the first bank to launch an in-house BTC fund for wealthy clients.

This was followed by an equally ambitious push from the world’s largest corporations, which also began adding Bitcoin and other cryptocurrencies to their balance sheet. Kraken Intelligence noted that this was part of a broader treasury management strategy most corporations adopted to reduce exposure to the U.S. dollar, hedge against inflation, and provide upside to an emerging store of value.

Unsurprisingly, MicroStrategy was a clear winner in this category, purchasing an additional 50,000 BTC in 2021. The 124,391 BTC it currently holds represents 6.5% of the total number of BTC that sit on the balance sheet of publicly-traded companies. According to Kraken Intelligence, publicly-traded corporations hold just over 1.46 million BTC, which represents 7% of Bitcoin’s 21 million token supply.

Following MicroStrategy, Tesla has the second-largest Bitcoin balance sheet, holding 43,200 BTC as of 2022. Square, the payment company founded by Twitter’s Jack Dorsey, holds just over 8,000 BTC, while the above-mentioned Marathon Digital Holdings holds 7,453 BTC. Aside from Tesla and MicroStrategy, the category is dominated by enterprise miners and crypto-focused investment funds.

Corporate adoption, however, goes much further than just adding Bitcoin to balance sheets.

Last year was marked by an increasing number of companies that began integrating crypto-related products and payments into their existing business. Mastercard, one of the largest payment providers in the world, announced plans to introduce support for crypto payments for merchants. Its competitor Visa launched a pilot to test USDC settlements on its network and established partnerships with over 50 crypto companies in a bid to bring cryptocurrencies to its users.

PayPal and Venmo both added support for crypto purchases to their platform, enabling hundreds of millions of users to pay for goods and services using cryptocurrencies.

In its report, Kraken Intelligence found that the rate of adoption we’ve seen both from legacy financial institutions and large corporations has defined the broader market’s volatility. The road ahead, the company concluded, looks promising.