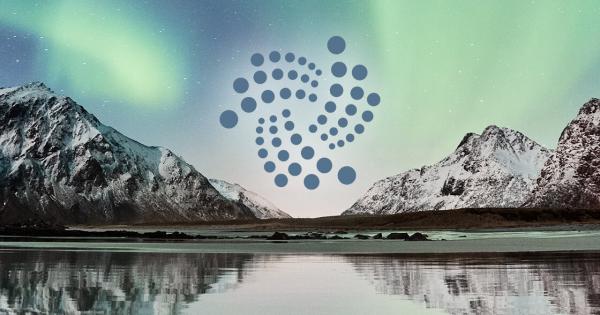 Photo by Johny Goerend on Unsplash

On Thursday, May 31, IOTA officially announced a partnership with Norway’s largest bank, DNB ASA. The bank is exploring the possible benefits that IOTA’s distributed ledger, otherwise known as the Tangle, will bring to the table. Strategic partnerships are crucial steps along the way to mainstream cryptocurrency adoption.

DNB is the largest financial firm based in Norway, with total managed assets of more than NOK 1.9 trillion. The bank specializes in global markets, corporate banking, and investment banking, offering a multitude of services including savings, advisory services, loans, insurance, and pension products for retail and corporate customers.

The Tangle is the first distributed ledger being built specifically with the Internet of Things (IoT) in mind. IOTA’s open-source ledger allows for feeless peer-to-peer microtransactions and the interconnectedness of machines. For a more thorough and concise introduction to IOTA, please see our guide.

Lasse Meholm, Head of Distributed Ledger Technology at DNB, said about the partnership:

“As Internet of Things (IoT) and Machine to Machine (M2M) communication and payment for microservices seem to escalate in the future, we think engaging in a Distributed Ledger based technology like IOTA gives us valuable experience and know-how on future revenue streams and business models. We are looking forward to dive into the IOTA space.”

Earlier this week, IOTA partnered with the United Nations. The UN is interested in using IOTA’s technology to cut down on intermediary expenses.

Assuming DNB ASA discovers a logistical use case for the Tangle, the partnership is an important milestone for the IOTA Foundation. IOTA’s most recent partnership with the Norwegian bank, alongside their recent UN partnership and the announcement of the Trinity wallet, is well received amongst the IOTA community.