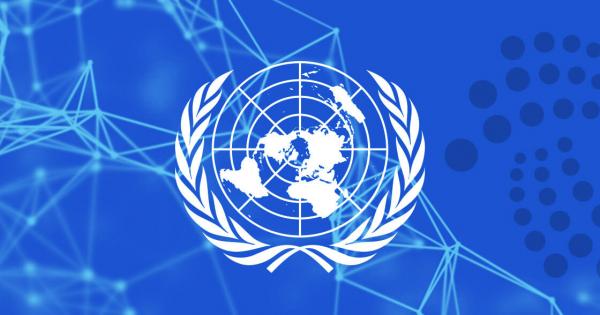 Operating across more than 80 countries, UNOPS has a stated interest in using IOTA’s DAG-based ledger to optimize its efforts in global peace, security, humanitarianism, and development.

Regularly liaising with the World Bank, United Nations Development Program, and the Department of Peacekeeping Operations, the collaboration could be a significant milestone for the Germany-based IOTA.

In a bipartisan press release, both parties explained how IOTA’s technology would economize the administration of UN documents, real-time transactional payments, and supply chains.

While the news is a plainly positive sentiment-booster for IOTA, bulls would appear indifferent to the collaboration. Amidst late May’s sub-$8000 BTC price, IOTA’s value seems, in fact, to have declined since the announcement’s outbreak.

Aiming to become the “backbone” standardized ledger for the Internet of Things (IoT), IOTA facilitates transactions between the world’s 8.4 billion interconnected devices (according to a research report by Gartner).

Pointing to the scalability, security and cost-related issues of blockchain technology — currently limited to thousands of transactions per second — IOTA offers its ‘Tangle’ as the solution to accommodate the high transactional rate of IoT devices.

Yoshiyuki Yamamoto — UNOPS Special Advisor on Blockchain — explained how IOTA’s suitability to the IoT could be advantageous to the United Nations:

“We share a vision where machines, devices, sensors and people connect and communicate to each other – it’s the world of ‘Industry 4.0.’ Harnessing technology that allows for these processes to work simultaneously, without the need for intermediaries, will help expedite our mission as an organization.”

Such remarks seem to coalesce organically with the IOTA Foundation — an open-source not-for-profit bent on propagating the “ecosystem behind the economy of things.” Mirroring Yamamoto’s vision, IOTA Co-Founder David Sonstebo noted:

Where most may associate the IoT with markedly corporate projects,  the United Nations’ expression of interest would appear a decided indicator of the industry’s significance. Delivering $1.8 billion of spending in 2017 alone, the UNOPS’ scope of the project could certainly lend IOTA’s vision of “the connected world” a weighty push.

For more information on IOTA including technical information, news, price, and exchanges where it is traded, please see our IOTA coin profile.