The non-fungible token trend that has been sweeping across the crypto markets has been called a fad by many, but the recent listing of a Bitcoin-centric digital piece on a Christie’s auction seems to validate that digital artwork is real artwork – despite what many say. 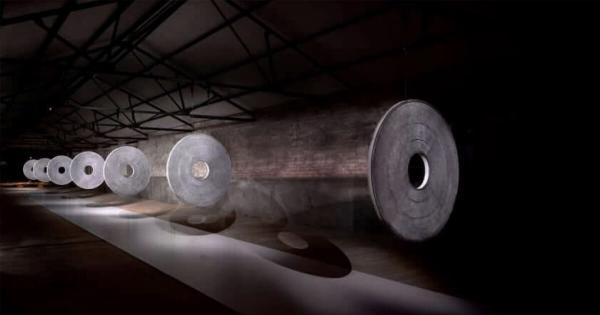 The non-fungible token trend that has been sweeping across the crypto markets has been called a fad by many, but the recent listing of a Bitcoin-centric digital piece on a Christie’s auction seems to validate that digital artwork is real artwork – despite what many say.

The piece was created by Ben Gentilli – an artist who goes by the name Robert Alice – and incorporates Bitcoin’s 12.3-million-digit code across 40 separate paintings.

Each piece is physical and backed by an NFT token, which verifies the artwork’s ownership and provenance, allowing all of its ownership transitions to be easily tracked and verified by future buyers.

This recent auction may have significant implications for the NFT space as well, as it seems to venerate that tokenized artwork does have a place within the traditional industry.

“Block 21” – a piece of physical art from Gentilli that is backed by an NFT – will be auctioned today at Christie’s.

In our Oct. 7 Post-War & Contemporary Day Sale, we will offer @robertalice_21's 'Block 21,' a work based on Blockchain technology comprised of two parts: a painting and a digital NFT (Non-Fungible Token), marking the first NFT ever sold at Christie's. https://t.co/yBMBS3OWSA pic.twitter.com/08npS4g2aS

This is one piece within a series of 40 works that all incorporate parts of Bitcoin’s 12.3-million-digit code, collectively titled “Portraits of a Mind.”

The pieces all pay homage to the benchmark digital asset and was Gentilli’s way of creating something of “real cultural value” that incorporates key aspects of Bitcoin.

During an interview with CNN, the artist explained his reasoning behind adding over 300,000 digits of Bitcoin’s core code to each painting, saying:

“The core idea of the project was, ‘How do you make something of real cultural value within the Bitcoin sphere? […] And for me, the thing I kept coming back to was this code base, because it’s really the very basis of Bitcoin culture.”

He further explained to CNN that the size of the series was deliberate, with the code being split across 40 paintings in order to reflect the fragmented and decentralized nature of the Bitcoin blockchain.

Many of the critiques surrounding NFT’s are valid. The space has become crowded with pseudo-artists using platforms like Rarible to sell worthless tokenized images.

That being said, there are a plethora of fantastic artists producing high-quality digital art that incorporates all of the elements that provide physical art with value.

The fact that one of the most revered auction houses in the world is now listing NFT-backed Bitcoin-centric artwork is a sign that there is room for digitalization in the world of physical art.