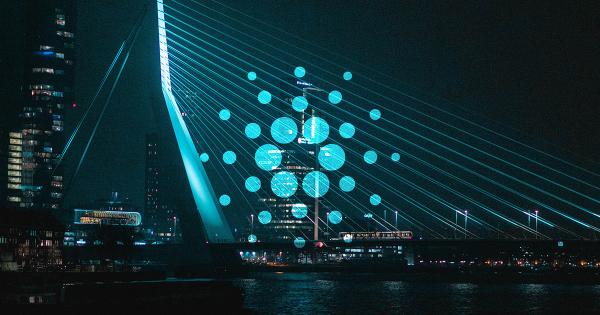 The Cardano Foundation’s newest council member believes that improving communication with the Cardano community is the organization’s top priority. Tamara Haasen, IOHK’s chief of staff and one of the latest members to join the foundation, said time is of the essence in this industry and that the company needs to be able to communicate its value proposition to everyone.

Often criticized for its slow development, Cardano has now picked up the pace and is one of the fastest-growing and most worked on blockchain projects in the industry. With new commits being added daily and weekly updates released to everything from the Shelley Incentivized testnet to the Daedalus and Yoroi wallets, there seems to be no stopping Cardano.

However, suddenly picking up the pace has left Cardano with a slight problem—making sure its development doesn’t outpace its adoption.

The Cardano Foundation, an independent entity based in the blockchain-friendly town of Zug in Switzerland, has been tasked with helping spread the word about Cardano. The foundation’s main goal is to create good infrastructure for the strong community they already have, so the ambitious blockchain project has all the resources it can to become a household name.

The foundation’s newest council member, Tamara Haasen, assumed her position in December last year. A Cardano veteran, Haasen has been IOHK’s chief of staff and HR director since 2017. Her goal as a council member, she said, will be to provide both empowerment and transparency.

In an interview with the Cardano Foundation’s communications director Bakyt Azimkanov, Haasen said that the foundation was not a “stuffy bureaucratic body” whose words come last. Instead, she explained, its goal is to bring transparency to the community. She joined the foundation’s council hoping to find a strategy that would coalesce all of the different ideas and thoughts of its members into a solid, tangible strategic plan.

The first thing on the menu for Haasen will be diving deeper into the council’s purpose.

“Defining the council is very important—what are its parameters, its remits, its responsibilities, and who should be on the council.”

First line of business—make more hires for the Cardano Foundation

While pursuing a strategy is one of Haasen’s main goals, the Toronto-native said that nothing needs to be written in stone. As a huge believer in the agile methodology, she will make sure the strategy is as flexible and as forgiving as possible, she said.

Once a strategy is set, however, then the real work begins. According to Haasen, the first line of business will be to hire more people to help the Cardano Foundation accomplish its mission. When asked about her plans to expand the team, she said that hiring more marketing and communications people is a must.

The foundation is in need of a “social media person” that can speak to different channels, she explained. With a different approach for LinkedIn, Twitter, and other social networks, Cardano needs an expert that can broadcast its message with ease.

That message, Haasen says, is that :

“Cardano is a platform for everybody.”

Another important thing she wants to accomplish is to hire people that are able to communicate Cardano’s value proposition to everyone. To do that, she said the foundation might be looking to onboard a business intelligence expert that can build up its research capacity.

Several product managers will also need to join the foundation at some point, with Haasen saying some of them might even transfer from IOHK. The foundation’s “technical side” needs to be updated as well, with either an engineer or a director of engineering being onboarded this year.

The most interesting hire, however, will fulfill the foundation’s commercial position. Haasen said that hiring someone on the “commercial side” will help the foundation come up with a strategy on how to make money in the future.

Haasen described her position at IOHK as being responsible for enabling people to be the best they can. Ensuring that there’s a solid team structure and thought cohesion at the company was also one of her priorities.

Her role at IOHK is incredibly similar to the Cardano Foundation’s role in the crypto industry.

“The foundation’s function is an enabling one,” she told Azimkanov, adding that its purpose is to secure the network and put in place a governance system and tools people can use.

That doesn’t mean that it doesn’t have its shortcomings. Haasen noted that it needs to study what other foundations do and take a page out of their book. She highlighted the importance of legislation and said that one of the foundation’s biggest goals should be to educate legislators about the industry.

Luckily, Cardano’s tightly-knit community needs little in terms of education. What they need, Haasen said, is more communication. She explained that one of the most valuable community programs they have is the Cardano ambassador program, and noted that arming them with the “right information” will be the foundation’s focus this year.

Armed with information, the Cardano ambassadors will work alongside the foundation to grow and empower its community, especially in Africa. Haasen said that the foundation’s past projects there has been a tremendous success and that she’s looking forward to doing more work in Ethiopia.

The Cardano Foundation shared the goals it achieved during 2019, which could pave the way for ADA’s price action this year.

The Cardano Foundation is making significant strides to push forward the adoption of its native cryptocurrency.