Morgan Stanley, through three of its funds, cumulatively holds over 6.5 million Graycale’s Bitcoin shares which are worth over $300 million. 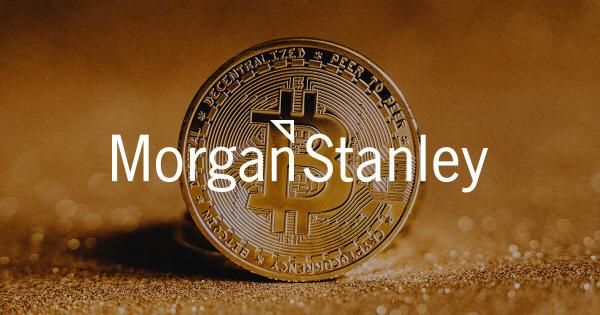 Institutional investors’ interest in Bitcoin has refused to wane despite the continued price volatility of the flagship digital asset which has seen the asset rise to over $68,000 then drop to around $57,000 presently within the space of the last 30 days.

An example of one such investor is a leading investment bank in the United States, Morgan Stanley, who recently increased its exposure to the asset class by adding more Grayscale Bitcoin Trust shares to its holding.

A Tuesday filing from the United States Securities and Exchange Commission (SEC) revealed that the investment bank’s Insight Fund expanded its holdings of Grayscale Bitcoin Trust shares by more than 63% during the second quarter of this year. Per the filing, the bank’s holdings in GBTC shares stood at 928,051 but grew to 1,520,549 as of September 30.

When compared to its GBTC Growth Portfolio in the third quarter, the filings reveal a 71% increase from the previous period. Aside from that, Morgan Stanley Global Opportunity Portfolio also grew by 59% from 919,805 to 1,463,714 in three months.

Cumulatively, the bank is holding over 6.5 million GBTC shares across three of its major funds which are worth approximately $303 million. GBTC’s shares as of press time were changing hands for around $46.

Through these portfolios and funds, Morgan Stanley is able to gain indirect exposure to Bitcoin. You’ll recall that we reported in September that one of the funds, the Morgan Stanley Europe Opportunity Fund, owns over 58,000 shares of GBTC. However, it appears the fund is not one of those that recently increased its exposure to the crypto king.

Away from its GBTC investment, the company is making other inroads into the crypto industry as it announced a crypto-research department that would be focused on how the firm can tap into the “growing significance of cryptocurrencies and other digital assets in global markets.”

Just recently, the bank’s leading crypto strategist, Sheena Shah, stated that the bank alongside its competitors could be looking to capitalize on the increasing demand for stablecoins deposits.