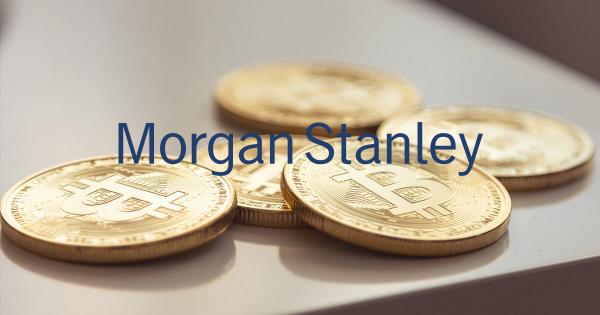 After its previous hostility towards Bitcoin and other crypto assets, Morgan Stanley, a leading investment bank, has increased its exposure to the leading digital assets per its recent filings with the Securities and and Exchange Commission (SEC) on September 27.

According to the filing, the multinational bank has bought more shares of the Grayscale Bitcoin Trust (GBTC), doubling its holdings by more than 105 percent since its previous purchase in April.

The filing revealed that Morgan Stanley Europe Opportunity Fund, one of the funds of the company renowned for its investment in emerging companies in Europe, now owns over 58,000 shares of GBTC as of July 31.

Notably, GBTC’s price was exchanging hands for $34.28 then. This means that the bank spent around $2 million on its new Bitcoin exposure purchase.

Morgan Stanley had earlier purchased 28,298 shares of GBTC in its first exposure to the industry. Then, the value of the shares stood at $1.3 billion.

You’ll recall that the bank had revealed its intention to add Bitcoin exposure to 12 of its investment funds through Grayscale and cash-settled futures. One of such funds is the Europe Opportunity Fund that looks to invest in “established and emerging” Europe-based companies that could be termed as “undervalued.” This way, the fund looks to maximize profits by investing in these firms.

Another bank fund, Insight Fund, per a previous report from Cryptoslate, holds 928,051 shares of GBTC which means it has exposure to as much as 870 units of BTC that is worth $36.1 million worth of GBTC shares.

Apart from investing in GBTC, the bank has also looked to expand its works in the crypto space which has led it into leading a $48 million investment round in Securitize, a blockchain tokenization firm that enjoys the backing of Coinbase.