London has beaten New York to become the world’s most active fintech hub by the number of fundraising deals in 2019, collecting $2.1 billion in funding from 114 deals in the first eight months of the year, CNBC reported. 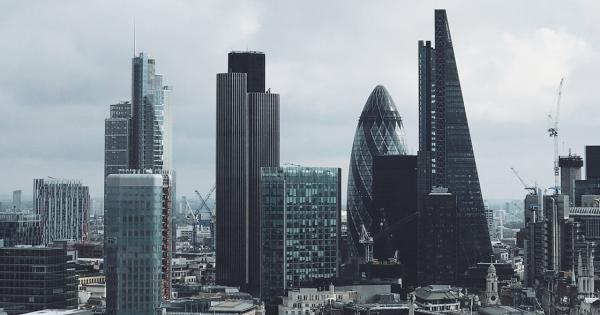 London has beaten New York to become the world’s most active fintech hub by the number of fundraising deals in 2019, collecting $2.1 billion in funding from 114 deals in the first eight months of the year, CNBC reported.

While San Francisco—a longtime venture capital powerhouse home to six of the ten largest tech companies in the world—raised $900 million more than the U.K. capital, it lost out to London and New York on the number of funding rounds for fintech companies with 80 deals closed. New York closed 101.

A number of London’s fintech firms have achieved the coveted “unicorn” status (a company with a valuation of more than $1 billion), perhaps most famously international payments giant TransferWise.

The city’s digital banks appear to have drawn the most funding, several of which are reportedly on track to be placed amongst the world’s most valuable tech companies. Mobile-based “challenger” banks Revolut, Monzo, and Atom Bank have each raised more than $300m according to Crunchbase, and are ranked amongst the world’s fastest-growing fintech firms.

Can London become a crypto stronghold?

London’s evidently budding fintech scene may place the city as a crypto powerhouse in the making, with a number of its top fintech firms integrating cryptocurrency into their solutions, and several crypto-focused startups being amongst the city’s most well-funded.

Four-year-old, crypto-friendly mobile bank Revolut, for one, is reportedly aiming to hit a $20-40 billion valuation before IPO, a figure that would put it firmly in the same league as Silicon Valley payments heavyweights Square and Stripe.

“London truly is a fantastic hub to grow a business in the fintech and blockchain technology industry because of the endless opportunities to build valuable connections. There’s no shortage of  fintech forums or blockchain conferences in this city where you can potentially meet your next customer, client or business partner.”

But as a prospective crypto stronghold, London may have more to offer than funding. Since launching its fintech regulatory sandbox in 2017, the U.K. Financial Conduct Authority (FCA) has worked with a number of large financial firms to test and regulate blockchain technology, including the London Stock Exchange and Standard Chartered.

The FCA, with its apparent willingness to craft crypto-friendly regulation, would certainly appear to be moving faster than its equivalent across the Atlantic, the U.S. Securities and Exchange Commission (SEC). The SEC’s lack of regulatory clarity around cryptocurrency—arguably characterized by its time-and-time-again dismissal of Bitcoin ETF applications—has been the subject of much criticism, even from one of its highest-ranking officials.

When Revolut was founded in 2015, we had a vision to build a sustainable, digital alternative to traditional big banks. Learn More