Kryptovault is breaking myths about the unsustainability of Bitcoin mining

The Norwegian mining operation is as green as it gets. 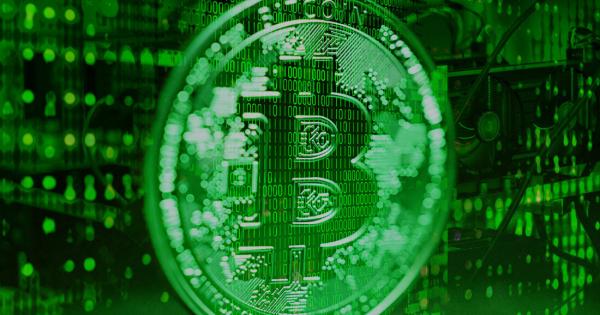 Kryptovault, a Norwegian data center provider and operator, is also the largest Bitcoin miner in the country. The company’s 54,000 square feet farm, located some 40 miles west of Oslo, has put itself at the forefront of the battle for Bitcoin and is pushing back at the prevailing narrative about the unsustainability of mining.

The company operates 6,500 miners but plans to have 15,000 at work by this autumn—all without spending a single kilowatt of non-renewable energy.

A recent report from The Guardian explored Kryptovault and its push to make mining a more sustainable business, noting the very specific circumstances that make that possible.

Namely, the company’s huge mining operation is located in Norway, where 99% of the energy comes from renewable sources, mainly hydropower and wind power. In years of heavy downfall, Noway also has an extremely large energy surplus—sometimes as high as 20 terawatt-hours (TWh). The combination of renewable energy and an energy surplus, as well as the country’s Nordic climate, make Norway a perfect home for large-scale mining operations.

What started out as a hobby turned into a full-fledged business for Kjetil Hove Pettersen, Kryptovault’s CEO, who believes it’s now time for the mining sector to fight back against unsustainability claims.

Pettersen believes that Bitcoin mining has gotten a lot of bad press recently, with almost all of it being unsubstantiated. Bitcoin mining, when well regulated, provides significant economic returns both for the businesses doing the mining and the country it operates in. Aside from being a big source of tax revenue, mining operations also require a highly-skilled workforce, raising the wage and living standard of its employees, he explained.

Mining also offers a way for countries with an excess of renewable energy from hydro, wind, or solar power to avoid costly energy exports. Pettersen said that a mining operation like the one Kryptovault operates can help state energy producers make value of their energy surplus.

When it comes to the question of the amount of energy mining uses, Pettersen noted that most of the reports regarding Bitcoin mining have been exaggerated.

“If you look at the total energy cost, globally, for any given thing, it’s always going to be huge – I think we can always compare to that of a small European country,” he said. “That includes also traditional gold mining, which takes more than four times the amount of energy as bitcoin mining.”

With some estimates showing that the proportion of renewable energy used in Bitcoin mining could go as high as 75%, any talks about the polluting effects of mining are unsubstantiated, Petterson added.

“Mining is not polluting in itself. If you are running coal to run mining then that’s another story, that’s what you don’t want. Mining should be done in more than places like Norway – and it can be a way to save trapped energy. For example, in northern Norway where there is excess, or in El Salvador where they are now using energy from volcanoes, setting up production when it wasn’t there before.”

Sourcing the energy required to power Bitcoin miners from renewable sources only solves half of the problem.

Bitcoin mining is done on hardware powered by ASIC chips, which release a large amount of heat. Back in 2018, Kryptovault used huge fans to cool down the 9,500 rigs it operated at the time, which sucked up a lot of electricity and produced an incredible amount of noise. The noise problem got so serious that the local municipality threatened to shut it down.

Since then, the company has installed more than $2 million worth of noise insulation and has largely solved the problem that threatened its operation.

The noise insulation, however, didn’t solve the problem of the excessive heat produced by the rigs. To close the circle of sustainability, the company created a network of corrugated pipes that funnels the heat outside of the plant—and into dozens of containers of wood.

This rather ingenious way to get rid of heat has made Kryptovault a pioneer when it comes to sustainable mining.

The company provides wood drying services to local lumberjacks for free. The amount of heat produced by the rigs also means that wood takes only a few days to dry out completely, despite the drying process taking place outside, often in snow and rain.

Earlier this month, the company had 12 containers of wood drying behind its Hønefoss plant, located in a former paper mill. Pettersen said that they are currently transitioning to new miners, which are being shipped from China. The new contingent of machines will be three times more efficient than the rigs Kryptovault currently runs—and most likely give off significantly more heat. The 15,000 miners the company plans on running by this fall will more than double its wood drying capacity.

Kryptovault’s efforts to close the loop of energy use have the potential to sway Norwegian regulators. Bjørn Arild Gram, Norway’s regional development minister, told The Guardian that the government was currently “reviewing its options” when it comes to regulating the mining sector.

“Although crypto-mining and its underlying technology might represent some possible benefits, in the long run, it is difficult to justify the extensive use of renewable energy today,” Gram said. “The ministry of local government and regional development is currently reviewing potential policy measures in order to address the challenges related to extensive energy usage caused by crypto-mining.”