It’s Not Them, It’s Us. 5 Reasons Why Crypto Has an Image Problem

The rise of the internet in the 1990’s brought concerns about pirated software and various illegal activities, but as internet usage grew, these concerns largely fell by the wayside. 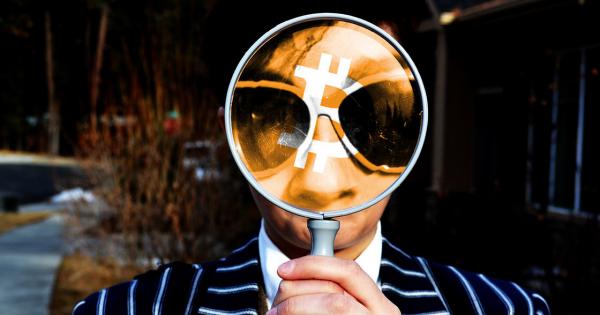 Photo by Marten Newhall on Unsplash 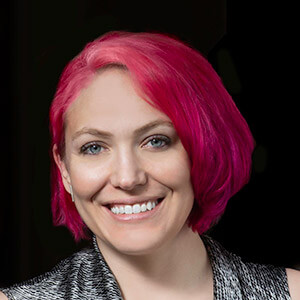 The rise of the internet in the 1990’s brought concerns about pirated software and various illegal activities, but as internet usage grew, these concerns largely fell by the wayside. Today, we see much of the same happening to the cryptocurrency industry and its growing image problem. Shady business practices, high-profile hacks, environmental challenges, speculation, market manipulation, criminal associations and a pronounced lack of regulatory clarity have created a perception problem.

Many will blame the industry’s bad image on FUD–or Fear, Uncertainty and Doubt. This catchphrase is often used to describe incorrect or misleading media reporting that aims to scare crypto investors. Enthusiasts blame the media for spreading FUD, but can we blame them? We’re giving the media more than enough ammo to cast doubt on the industry–and the media will always capitalize on the sensational and shady.

As an industry, we need to introspect and address the elephant in the room–that the FUD is legitimate and it’s our fault.

Luckily, it’s a solvable problem, but it’s up to the industry first and regulators second to change the image. Let’s look at five factors that are causing crypto’s bad look and discuss steps to clean it up:

High profile news stories frequently showcase cryptocurrency as a godsend to criminals. Articles overviewing Russian’s alleged use of BTC to fund their campaign meddling, uncited stories touting 50% of all Bitcoin transactions are from illegal activity and others routinely associate crypto with crime, even if it’s not entirely accurate.

The best way the industry can defeat illegal activity claims is to keep providing use cases for blockchain as a foundation for the next generation of technological innovation. We can also keep the media honest by refuting spurious allegations and media statements when they arise. For example, when responding to the Russian meddling allegation, Professor Kevin Werbach pointed out the operatives would have been better off “using briefcases full of cash,” as Bitcoin’s use for criminal purposes is limited given that all transactions are public.

Finally, Anti Money Laundering (AML) and Know Your Customer (KYC) laws already do quite a bit to stop nefarious crypto transactions. Let’s focus on the benefit they provide and whine a bit less about the regulatory burden they create.

Crypto and blockchain have a reputation for scams, fraud, pump-and-dump schemes, market manipulation and criminality. According to a report by the Satis Group, roughly 78% of Initial Coin Offerings (ICOs) were identified as scams. Meanwhile, a Boston College report found that more than half of blockchain projects were dead within four months of ICO.

Flimsy whitepapers generated eight-figure investments in weak startups, only to collapse in short order. Poor whitepapers continue to pop up and circulate–lacking peer-review, rife with flawed logic and lacking in executable substance. Rapid rises and falls in crypto markets, allegations leveled at various groups regarding market manipulation, and even the occasional outright examples of insider trading all result in a truly ugly picture of cryptocurrency.

It’s always challenging to protect people from their own avarice, and though many regulators have been hesitant to take a reactionary approach to regulation, really some of the best protection here is for people to DYOR “Do Your Own Research.”

Self-policing within the community is a step the entire blockchain industry can initiate. Instituting best practices and widely touting them will help identify the bad actors sooner by helping less informed consumers identify poor business practices. The first Multi-Level Marketing scams and Nigerian Princes caught a few hapless individuals; however, as more legitimate businesses built best practices, fewer investors have fallen prey to these scams. There’s also a thriving practice of calling out scammers within the industry–on Twitter, Reddit and other more crypto-focused message boards.

An overall philosophical shift from a “crypto” or “investment” focus to “blockchain technology” will also help provide a stronger flavor of legitimacy.

There are legitimate and serious environmental concerns about the power usage of Bitcoin mining. According to the Bitcoin Energy Consumption Index published by Dutch Bitcoin analyst Alex de Vries, the Bitcoin network consumes an estimated 72.8 terawatts each year, nearly the same consumption as all of Austria and its 8.7 million residents. Especially as the world becomes more conscious of our impact on the environment, it’s clear that this type of energy consumption isn’t sustainable or healthy for the long-term outlook of both Bitcoin and the entire blockchain ecosystem.

Additionally, the energy market itself is driving change. For example, miners are relocating to Iceland where geothermal energy is cheap and clean, or moving closer to hydro-electric dams, to reduce their power bills.

Lots of people have lost a lot of money in a series of high-profile hacks. While blockchains themselves are extremely hard to hack, there are plenty of other attack vectors and vulnerabilities across the industry. In fact, since 2011 there have been 56 cyberattacks with an estimated combined loss of $1.63 billion on exchanges, ICOs and other platforms around the globe. High volume custodial exchanges with lax cybersecurity are easy targets for thieves, and there isn’t much that can be done to retrieve those stolen funds.

There’s plenty we can do to prevent the hacks from occurring in the first place. Increased cybersecurity by custodial exchanges, combined with user awareness and use of non-custodial exchanges and cold wallets offers a fair amount of protection. Industry self-policing to enact strict best-practices around cybersecurity may also go hand-in-hand with increased regulation. For example, Japan has already enacted security requirements for all exchanges doing business with Japanese citizens. Cybersecurity regulation is long overdue in the U.S. and affects more than just the blockchain industry, as the Equifax hack clearly illustrates.

Companies incorporating outside of the U.S. to avoid the regulations on ICOs or exchanges perpetuates the image of shady business practices. The number of ICO fundraising projects based in the Cayman Islands rose from a reported 3% to 40% in the last year while the U.S. faced a sizeable drop from 32% to 10%. We have examples of companies creating complex corporate structures based in Singapore to market their ICOs to non-U.S. investors. Yes, U.S. regulations are more stringent and incur a greater expense–but is the answer really going offshore?

This one is on the blockchain community. We need to collectively realize that the era of fast money-ICOs is over and start treating blockchain like the serious technological industry that it is–complete with regulation, rules, best practices and market niches fit only for those serious about building a better product. If you can’t find investors to fund your company or generate enough traction to bootstrap your way, maybe your product isn’t the right fit for the market. The first mover advantage is passing rapidly, and success is now dependent on building a better mousetrap.

Some of this in on regulators, who need to issue clear guidance to allow startups and enterprises alike to determine if they really have a utility token or create nationwide regulation of financial institutions, instead of the state-based patchwork we currently have.

Regulators have also taken up the struggle to provide a cleaner image. Law enforcement agencies, the SEC and the CFTC continue to prosecute bad actors, from the early and mostly accidental misclassification of security tokens to the outright scammers. Regulators also bear the burden of providing clear and enactable guidance and lawmaking around tokens, ICOs and FinTech to install confidence and legitimacy in the sector and foster continued innovation. As an industry, we must continue working closely with regulators to create reasoned and reasonable regulation.

The world hasn’t seen such a novel technological disruption since the internet was born. All industries undergo growing pains, and blockchain is no different. While we wait for government regulation to limit bad actors, there are immediate steps we can take to fix crypto’s image problem. By moving toward industry best practices and self-policing, filling the gaps and creating legitimate use cases, we can provide a desperately-needed makeover to the public’s perception of cryptocurrency.

Pithia is a venture capital firm based on the belief that performance blockchains will provide important new capabilities to all industries. Shared ledgers, data stores, identity, and transactions provide considerable advantages to those who adopt them.