The US Internal Revenue Service has launched an international joint task force focusing on cryptocurrencies in order to investigate crypto-related tax evasion and money laundering. 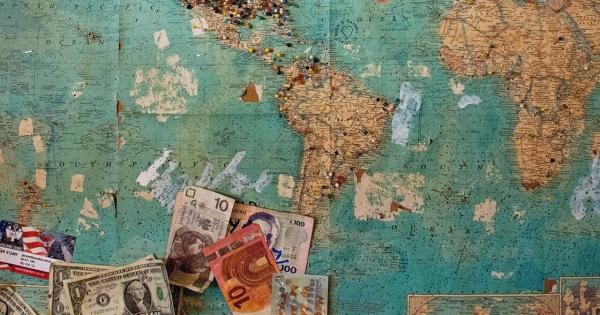 Photo by Christine Roy on Unsplash

The US Internal Revenue Service has launched an international joint task force focusing on cryptocurrencies in order to investigate crypto-related tax evasion and money laundering. Announced on Monday, the Joint Chiefs of Global Tax Enforcement (J5) will see tax enforcement agencies form the US, UK, Australia, Canada, and the Netherlands in join forces in order to tackle tax crime facilitated by cryptocurrencies.

The creation of the coalition marks the first crypto-related foray beyond US borders for the IRS — described as “committed to combating transnational tax crime through increased enforcement collaboration,” the J5 will share information, intelligence, and conduct joint operations in order to extend the reach of tax crime enforcement officials around the world.

Nobody is Paying Crypto Tax

The establishment of the new coalition follows the lackluster taxpayer response to US crypto tax initiatives that were intended to provide crypto investors a clearly-delineated explanation of how to pay taxes on cryptocurrency profits.

Tax filing data demonstrates that just .04% of US tax filers reported cryptocurrency gains to the IRS in 2018 — a figure far lower than the estimated 7% of Americans that own cryptocurrencies.

Data collected by US credit score Credit Karma in February 2018 found that less than 100 individuals out of 250,000 tax filers reported cryptocurrency transactions to US authorities, despite more than 57% of respondents surveyed by the platform stating that they had realized a financially significant gain from cryptocurrencies.

The US Internal Revenue Service appears to be aiming squarely at crypto investors that are not reporting cryptocurrency gains, stating that the organization is “convinced that offshore structures and financial instruments, where used to commit tax crime and money laundering, are detrimental to the economic, fiscal, and social interests of our countries.”

While the J5 announcement doesn’t explicitly state that cryptocurrencies are one of the “financial instruments” being used to commit tax fraud, Don Fort, the Chief of the Internal Revenue Service Criminal Investigation arm, stated that the J5 will adopt new methods in order to combat evolving tax evasion techniques — which likely include the cryptocurrencies:

“We cannot continue to operate in the same ways we have in the past, siloing our information from the rest of the world while organized criminals and tax cheats manipulate the system and exploit vulnerabilities for their personal gain.”

The J5 announcement does target cryptocurrencies, however, as a threat to tax administrations, stating that the war against money outside the grasp of the tax man has now reached an international level:

“We will also collaborate internationally to reduce the growing threat to tax administrations posed by cryptocurrencies and cybercrime and to make the most of data and technology.”

The new J5 coalition will bolster existing investigative efforts directed by the IRS toward the cryptocurrency market — the tax authority launched a specialist cryptocurrency unit in February 2018.

IRSCI chief Don Fort, upon the announcement of the unit, stated that the fiat-crypto bridge is the point at which the investigative team will focus on:

“We know that you want to get your money out at some point.”