Cardano could see Presidential coins issued on its platform in order to demonstrate its multi-asset standard, Charles Hoskinson said in his latest AMA. 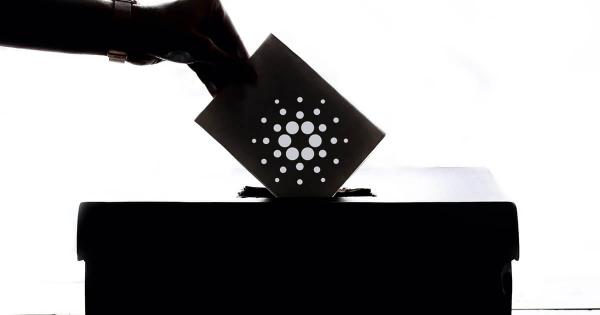 Cardano could see Presidential coins issued on its platform in order to demonstrate its multi-asset standard, Charles Hoskinson said in his latest AMA.

The coin itself wouldn’t be affiliated with Kanye, but the number of coins issues will match the number of votes he gets in the upcoming U.S. presidential elections. Hoskinson explained that they would be airdropped to all ADA holders after the election.

This year’s most buzzworthy coin

The dust from the announcement of Kanye West’s presidential candidacy in the U.S. hasn’t even settled and the famous rapper has already become a household name in the crypto industry. While Kanye’s pro-cryptocurrency stance was known to many, it wasn’t until he made it clear that he was indeed running for election this year that the industry took notice.

This is mostly due to the fact that news about a “Kanye Coin” seemed to spread faster than his candidacy announcement. The crypto media has been ablaze with news about the potential launch of West’s namesake coin that most missed the real story behind it.

Namely, the upcoming Kanye Coin isn’t and probably won’t be directly affiliated with West himself, as it was envisioned more as a marketing tool to promote the Cardano blockchain.

First announced by Charles Hoskinson, the CEO of IOHK, the coin would be a fun way to demonstrate Cardano’s multi-asset standard and show the potential the blockchain has.

One coin, one vote

When it comes to the purpose of the Kanye Coin, Hoskinson said that it would be more of a collector’s item than a utility coin. The total supply of the coin wouldn’t be known until after the election, as one token would be issued for each vote that West gets in the election.

Being collector’s items, the tokens wouldn’t be sold as it the case with most tokens but would be airdropped to all ADA holders.

Demonstrating Cardano’s multi-asset standard wouldn’t end with the Kanye Coin, either. Hoskinson said in his YouTube AMA that the company might do the same for yet another U.S. presidential candidate—Brock Pierce.

“So also to advertise our native asset standard, we will do the same for Brock Pierce—Pierce Coin and Kanye Coin.”

This, Hoskinson went on, would be a great way of demonstrating the connection between cryptocurrencies and real-life events. However, to do so, IOHK will need to develop an oracle that would feed the results of the election into the Cardano blockchain.

The oracle would most likely be released just ahead of the November elections, while the multi-asset standard is expected to launch in about four months.