The development of blockchain technology is currently hindered by numerous stumbling points, including a lack of scalability, consumer-friendliness, and interoperability. 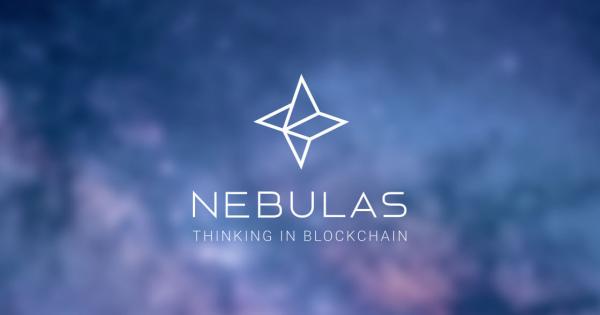 Photo by Adrian Pelletier on Unsplash

The development of blockchain technology is currently hindered by numerous stumbling points, including a lack of scalability, consumer-friendliness, and interoperability. The next wave of projects, coined “blockchain 3.0”, aim to address these shortcomings and allow blockchain technology to fuel business processes across diverse industries.

Nebulas is a Blockchain 3.0 project from the founder and developers of NEO. Promising smart contracts without scaling worries, the second layer of blockchain protocols that incorporate a massive range of tools and options, and search engine functionality, Nebulas is a highly innovative project.

The Nebulas platform will integrate a blockchain search engine to index and rank its Dapps, smart contracts, and data, as well as external blockchains.

The Nebulas vision has earned the project the enigmatic title ‘The Google of Blockchain,’ which makes it a unique proposition in cryptocurrency that will become even more pertinent should projects like MaidSafe succeed and internet infrastructure is rebuilt in a more decentralized way.

Since the Nebulas token sale in early December, the project has captured a significant amount of investor attention. Launching at an ICO price of $2, the Nebulas token took off in January and escaped the realms of earthbound coins to reach a high point over fifteen dollars.

The recent market downturn has sent Nebulas tumbling back down, but it has still maintained much of its value in bitcoin, and currently sits around 75,000 sats. Nebulas has experienced significant growth due to the launch of the Nebulas mainnet, which occurred recently at the new NAS center in San Francisco.

How Nebulas Works: A Technical Teardown

The ambitions of the Nebulas project might be lofty, but the Nebulas whitepaper is watertight, as one Facebook engineer commented after Nebulas CTO Robin Zhong’s private TED talk:

“I studied Nebulas’ technical white paper for days before I came here […] Nebulas has one the most solid white papers I’ve ever seen in blockchain startups.”

Similar to Ethereum, the NAS token is used as a ‘gas’ for smart contracts, a currency and as proof of devotion rewards. Just like Ethereum, Nebulas is capable of supporting the issuance of tokens and running smart contracts.

Nebulas’ innovation puts them in a different league to even the most progressive of other ‘Blockchain 3.0’ projects, like EOS and Cardano.

Nebulas have identified three principles to overcome the core challenges facing blockchain, and are building a system that is value-ranking, self-evolving and has a native incentive.

These principles manifest through the Nebulas framework, which consists of five technical concepts that underpin the vision:

Nebulas are building a metric for a universal measure of value to rank applications on the blockchain. The open source core ranking algorithm uses on-chain transaction records as source data to rank addresses, smart contracts, decentralized applications (Dapps) and other entities on the blockchain according to liquidity, propagation of users’ assets, and the interactivity between users. 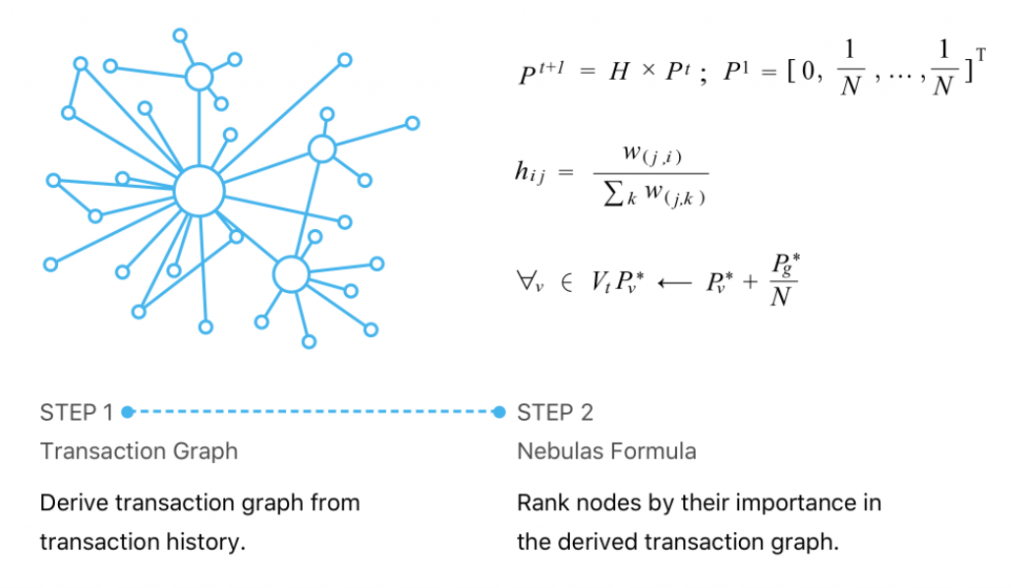 This ranking system allows Nebulas to act as a search engine that can sift through the index of smart contracts and dApps.

Nebulas has captured attention for its ‘self-evolving’’ capabilities that mean no hard forks will take place. This is achieved through Nebulas Force, which uses a low-level virtual machine to create a new sub-chain for experimenting with different innovations.

If changes on the subchain are successful, then they can be voted onto the main chain. This means developers can make changes, incorporate new technologies, and fix bugs without needing to hard fork.

Developers whose smart contracts and DApps deploy online in the most recent interval with an NR value higher than a specified threshold are rewarded with corresponding developer incentives. This process designed is to create a positive feedback loop that motivates developers to create high quality distributed applications.

If a developer creates a dApp that is performing well on the Nebulas network, they will have the option to contribute to the network by validating submitted transactions and, in return, will receive token rewards from the blockchain to incentivize app development on Nebulas rather than other platforms like Ethereum.

The Nebulas team have just launched Mainnet 1.0, the ‘eagle nebula’ — described by founder Hitters Xu as “a significant step forward for blockchain’s ecosystem.

The mainnet launch was preceded by a Twitter countdown, a Reddit AMA with Hitters, and an additional tech AMA with co-founder Robin Zhong that saw the community explore the technicalities of what Nebulas is aiming to achieve.

The Nebulas team are also active on other platforms such as Medium, where transparent weekly reports from the team are regularly published — detailing the progress of the project and lending more credence to its ambitious vision.

Hitters also revealed in the Reddit AMA that the team plans to launch a brand new web page called “Go Nebulas,” which aims to provide more opportunities for community members to get involved:

“Nebulas comes from the community and serves for the community, so we pay much attention on community building. We attach significant importance to the interaction with our community.”

Who is Behind Nebulas?

The Nebulas team consist of developers from Google and Ali Baba, alongside two of the co-founders of NEO. The team is led by Hitters Xu, who is one of the founders of the original blockchain community in China. The rest of the team is made up of former Google, Alibaba, IBM and Airbnb employees.

To reach the global market and minimize government interference the Nebulas team have moved away from China to Silicon Valley to set up their HQ in San Francisco, but also has offices in Beijing, Singapore, and Shanghai.

Some of the brightest minds are coming together to drive this project forward, an effort that appears to be succeeding — the roadmap for 2018 is currently ahead of schedule.

Nebulas price movement has largely correlated with the movement of the market as a whole but has not seen such violent swings as many other coins. The Nebulas token is still up 150% since ICO and appears to have found steady support around five dollars, suggesting strong positive community support for a team that has delivered on every deadline so far.

Where to Buy Nebulas

From a trading standpoint, Nebulas is just getting started and has yet to hit any major western exchanges.

The majority of trading occurs on Chinese exchange Houbi, with around 30% traded on smaller exchanges such as OKEx, EtherDelta, Gate.io, IDEX, Lbank, BCEX and Allcoin.

The NAS token is currently an ERC20 token but will be swapped to a native token on the Nebulas blockchain shortly after mainnet launch.

Having already launched their Mainnet, Nebulas is now a strong contender to be the first established blockchain 3.0 project. Although Nebulas is a long-term project, the team have demonstrated their ability to deliver according to plan, and the roadmap details further innovations up to late 2019, making it a potentially very rewarding long-term hold.

With a uniquely innovative vision, flawless track record, and very strong blockchain background, it is possible that Nebulas could take the next step in the evolution of blockchain.

“Nebulas comes from the summary and thinking of the entrepreneurial practice in the blockchain community for a long time.” – Hitters Xu (Reddit AMA)