An Introduction to Bounty0x: A Decentralized Bounty Hunting Network

Bounties have become an increasingly integral part of the crypto ecosystem over the past few years. 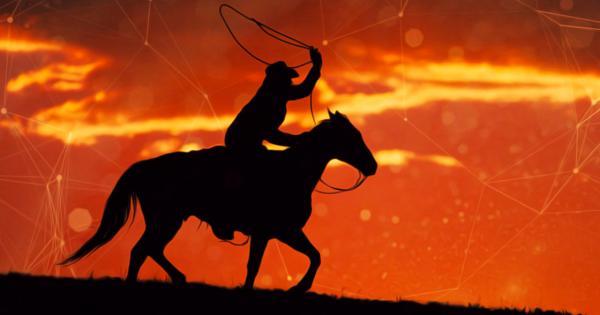 Bounties have become an increasingly integral part of the crypto ecosystem over the past few years. If you’ve seen advertisements or forum posts about bounties, they probably sound like rewards for treasure hunters, which partially true. Bounties are simply tasks, jobs, or projects that have usually been created by token developers. If you complete the job, then you will receive a reward in token form from the developers.

CryptoSlate recently released an piece introducing district0x, a project allowing for the creation of communities and marketplaces running much like a DAO (or decentralised autonomous organisation), its backend powered by Aragon and IPFS.

When it comes to decentralising a protocol, the approach employed by district0x is perhaps the way to go. Instead of relying on a core group releasing periodic updates to a platform, the community votes on upgrades (provided they’ve staked their tokens in the district).

As a result, everything from the district’s logo to its activities are governed in a democratic fashion, free of the incumbent hierarchical infrastructures we’ve seen to date.

Although still in its early stages, district0x has captivated many niche communities, and already has a few successful districts deployed – Ethlance and Name Bazaar to name just a couple.

Bounty0x is one such proposal that has planned integration since its early days. As the name might indicate, Bounty0x revolves around bounty hunting.

It should probably be clarified that this does not mean lassoing fugitives (although you’d be forgiven for thinking so, if this video is anything to go by).

Bounty hunting, in the case of Bounty0x, refers to completing tasks for a party in exchange for a reward.

Offering an incentive for people to find bugs in software benefits both the hunters and the company offering the bounty – the former can be remunerated if they stumble upon a vulnerability in the code, and the latter doesn’t need to have a security team rigorously testing the software for weeks on end.

The Bounty itself have close ties with district0x (Angelo Adam, the CEO of Bounty0x, was previously its community manager). The founders bring to the table a well-rounded skillset, comprising of legal, software and copywriting backgrounds.

Problems arise in this model when companies refuse to pay out. This is where the native token, BNTY, comes into play. The platform requires the various types of users to stake tokens, and burns them in case of foul play or poor performance. The whitepaper identifies three classes of users:

For participation in bounties that require manual verification by the host, bounty hunters need to stake the token. If their work is not up to par, they also see an amount of these tokens burnt. Most people on the Bounty0x platform will be likely be bounty hunters.

For tasks that cannot be automatically verified, the bounty sheriffs come in. They are responsible for ensuring that hunters have completed the work set out by the host, and control the release of funds. If they fail to act fairly, they lose part of the BNTY that they’ve staked.

It should be noted that the token in itself is not used as currency – instead, bounties are paid out in Ethereum, or whichever token the host chooses.

One aspect of the token distribution does pose some questions: close to 80% of BNTY is held by the team, the advisors and in a ‘frozen pool’. Supposedly, the 45% that is frozen is to be used for the long-term development of Bounty0x, for hiring new team members as well as controlling the burn rate of circulating BNTY.

Time will tell whether such an asymmetrical distribution can work within a ‘decentralised’ network. That said, the transition to district0x should ensure transparency and community-driven governance.

Bounty0x markets itself to a wide range of users (primarily within the blockchain space) – individuals, startups and already established projects can submit tasks to be completed. It isn’t only pentesters that can participate, either: the platform does not limit itself to identifying software bugs.

The Alpha lists rewards for writing articles, producing YouTube videos, and sharing projects on social media. As the roadmap progresses bounties for consultation will also make an appearance.

The Bounty0x team is committed to an aggressive 2018 product roadmap comprised of the following milestones:

Fo being such a young project, Bounty0x already has a strong community of over 13,000 Twitter followers and almost 5,000 Reddit subscribers. As the product development continues and its user base grows, you can expect to see its social communities see significant growth.

Where to Buy Bounty0x

Bounty0x is an ERC20 token on the Ethereum network. It only recently began trading, so its only available on a handful of exchanges, including Kucoin (where it sees the majority of its volume), EtherDelta and Radar Relay (where it is not seeing very much daily volume but orders are still available).

Bounty0x has identified a niche in the gig economy. With so many different blockchain projects emerging on a daily basis, a database collating all of the bounties available would be a welcome step away from the scattered listings across the web.

On top of making this data easily accessible, Bounty0x offers more by way of assurance – the use of staking means that acting unfairly will result in financial loss for the offender. Bounty hunters no longer need to worry about teams not paying out for work completed, as this is outsourced to both automated algorithms and third parties.

For more information on Bounty0x, watch this short video (1:32):