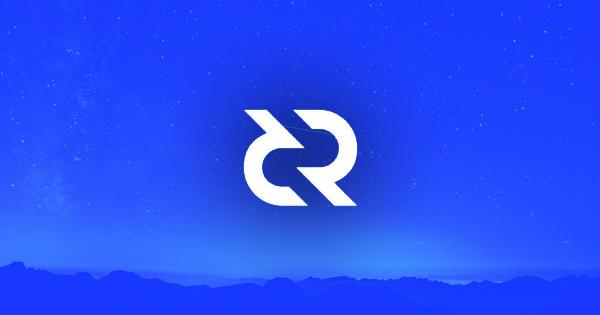 Unlike other projects that have a heavy focus on marketing and hype, Decred’s development team is focused entirely on the product.

Despite being in the face of opposition from web giants, Decred aims to achieve stability through the use of its decentralized governance model.

The Decred project is led by the CEO of Company Zero, Jake Yocom-Piatt. Based in Chicago, Yocom-Piatt has worked as an expert source for the Chicago Tribune, in addition to a variety of industry publications.

Through his extensive leadership experience, especially in the cryptocurrency space, he’s not so worried about promoting his project or its price – instead, he and his team are focusing on the quality of their work.

Yocom-Piatt agreed to a phone interview with CryptoSlate to talk about market volatility, the recent cryptocurrency ad bans, and Decred’s development.

Q: How has Decred achieved price stability through its unique governance structure?

A: “As the vote occurs you get a reward for voting – the process whereby you lock the coins and leave them locked until your voting ticket has been selected creates stability by taking funds off of the exchange… It acts as an incentive for people to hold the currency for a longer time rather than leaving it on the exchange, as opposed to dumping when the price goes down and buying the tokens back again.”

Decred has achieved relative stability, even in the midst of the recent cryptocurrency market crash thanks to its unique Proof-of-Work, Proof-of-Stake model – its governance structure requires users to lock their coins to earn a voting ticket.

Unique from other cryptocurrencies, Decred not only allows its users to vote, but it also encourages them to vote. In addition to incentivizing Decred’s community to make decisions on future changes, the hybrid PoW/PoS algorithm keeps a substantial amount of Decred off the exchanges and in the pockets of its users.

Q: How will Decred survive the crypto ad bans?

A: “In terms of surviving the crypto ad bans, we’re doing better than most because we haven’t focused on advertising too much in the first place.”

The development team has barely scratched the surface when it comes to advertising – rather than focusing on marketing before development, Decred’s team develops the coin ahead of time.

Moreover, rather than spending thousands on marketing, Decred releases updates via platforms such as Twitter and its blog.

Other projects are likely to see a drop in popularity after the termination of their ad campaigns – the crypto ad bans are barely a blip on Decred’s radar.

Q: Do you have any comments on Decred’s price retracement over the past nine months, since June of 2017?

A: “It’s really a signal to noise ratio thing. We can only send so much signal when there is so much noise, especially when we’re not spending all of the advertising dollars.We have not focused on the price ourselves. We are trying to build the tech – building the tech is independent of the price. If the price goes up that’s great, but if it goes down, that’s just part of the game.”

The altcoin market skyrocketed between January and June of 2017, eventually cooling off in early 2018. The entire cryptocurrency market cap dropped significantly, and Decred has along with it.

Q: Why do you think the cryptocurrency market is so volatile?

A: “It does not have the benefit of all the infrastructure that we have in all of the other working places… In addition, the value of cryptocurrency is incredibly speculative… It is also a question of network effect. If you look at price spikes, there are speculative runups  in the cryptocurrency space… It is caused by lots and lots of people and the mainstream media suddenly finding out about Bitcoin – it causes prices to go absolutely berserk.”

Cryptocurrencies are incredibly volatile, causing many to shy away from such a risky investment. Market speculation is responsible for their value – this allows for third-parties to have a powerful impact on market price.

Q: In your own words, what sets Decred’s governance system apart from other self-governing tokens like Dash?

Decred is not the first token to develop a system of self-governance. Dash is a top-15 cryptocurrency by market cap, and its team has been working on development since 2006.

Decred’s team is implementing a form of soft governance and hard governance with their new consensus system named Politeia – a word taken from ancient Greek, meaning the machinery of the state.

Essentially, Politeia is Git with timestamping. The current Git framework does not show when a commit is made – Politeia gives its users cryptographic identities, showing who is suggesting a consensus change and when they are doing so. This cryptographic identity prevents forgery and furthers Decred’s progress towards an entirely decentralized governance model.

Users can vote on soft-governance suggestions. Once approved, the Decred team will code the changes and put them on the Decred chain, and users vote on the changes once again. The changes will be automatically implemented on the network after a successful majority vote.

Lastly, Decred’s platform incentivizes its users to stake their tokens by rewarding voters with DCR on top of returning the entirety of their staked tokens.

The Lightning Network is cryptocurrency’s best chance at mainstream adoption.

If we want to use Bitcoin to buy something online, it may be doable, but it’s still complicated. One has to download a wallet, paste the recipient’s address, enter the exact amount of Bitcoin, wait for the transaction to be confirmed, etc.

In today’s fast-paced society, the public does not want to adopt this “complicated” system for everyday transactions.

The Future of Decred

Yocom-Piatt is looking forward to three technical developments in particular:

People can post and review proposals and leave comments using Politeia that are cryptographically immutable. However, voting has not been implemented yet. Once voting is added to Politeia, it will give sovereignty to stakeholders over the development organization model.

SPV (Simplified Payment Verification) support is another enormous step in the right direction for Decred. Fundamentally, the software scans the blockchain, only downloading relevant blocks to your wallet. This software lightens the load on your device by taking the vast majority of the blockchain out of the equation.

Most projects use a service that connects to apps to perform the same task. The service holds all of the information contained in your wallet, except for the private key. SPV keeps this data out of the hands of a third-party and in the hands of Decred’s users.

Lastly, Decred is getting ready to implement the Lightning Network – it will be a compelling addition to the project. The Lightning Network is revolutionary for scalability – it is crypto’s best chance at mainstream adoption, due to its similarity to traditional fiat currency and banking.

Decred has fallen victim to the cryptocurrency market’s recent price retracement – although, it does not necessarily reflect poorly on the project or its team. Yocom-Piatt and Company Zero are competent developers and their unique vision for their token has propelled Decred up the crypto rankings by market cap.

Some might argue that the team should focus more on marketing, as it could help increase the value and popularity of the coin. However, the Decred team understands that producing a worthy product is the most critical task at hand.

Decred’s unique and incentivized self-governance structure has helped it achieve stability in a highly volatile market. Once the Decred team sets their sights on marketing, it’s tough to predict how it could break out or enter bigger markets.

For more information on Decred, including price, market cap, technical information and social media links, you can visit our Decred coin profile. You can also visit our Introduction to Decred for a deep-dive analysis on the project.

Decred is an open and progressive cryptocurrency with a system of community-based governance integrated into its blockchain.. Learn more