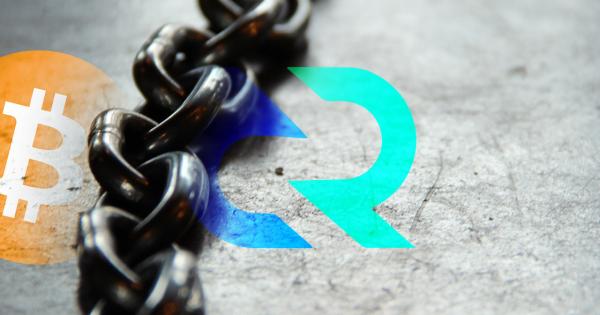 Decred, a progressive cryptocurrency focused on governance, seems to have a natural connection to Bitcoin, as everything from its coin supply to price has followed Bitcoin’s ups and downs since 2014.

Decred has a deep relationship with Bitcoin

Bitcoin, the world’s first and largest cryptocurrency, has inspired thousands of digital assets, all of which were created to solve a particular set of problems.

An abbreviation for “Decentralized Credit,” Decred is a hybrid system utilizing both a Proof-of-Work and Proof-of-Stake protocol. It was designed to solve the two largest issues Bitcoin has—scalability and governance. The main value proposition Decred brings is almost identical to that of Bitcoin—a maximum supply of 21 million coins and a deterministic supply schedule set by block height. 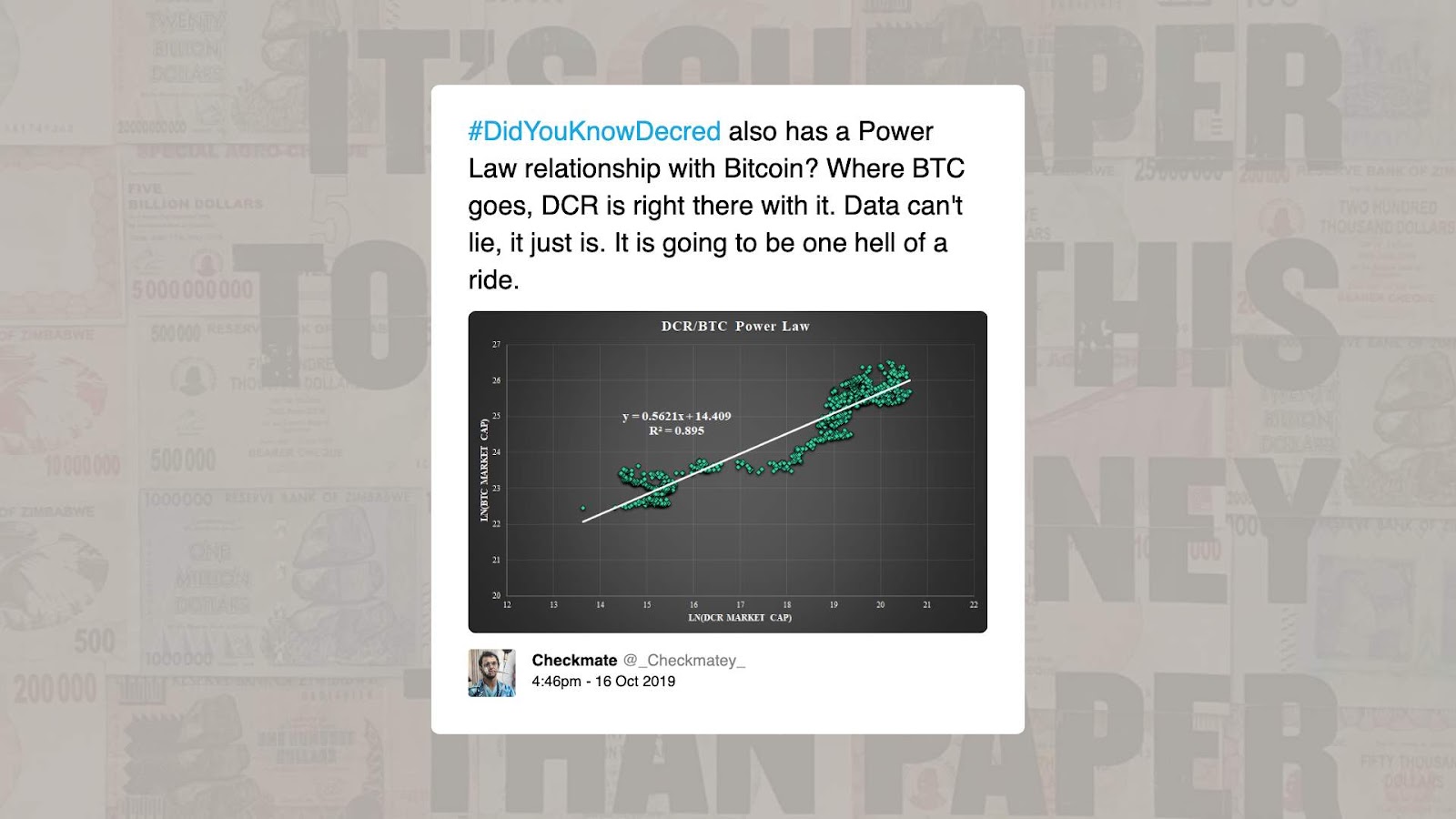 Previous research by Checkmate illustrated various other similarities between Decred and Bitcoin. With a deterministic supply schedule and the same maximum coin supply, Decred’s overall supply curve looks a lot like that of Bitcoin.

The data shows that the two coins should reach the same circulating supply in Q1 2038.

Apart from that, Decred’s stock-to-flow ratio follows the same set of values Bitcoin does. The ratio is traditionally used to measure the abundance of traditional commodities such as gold or silver and represents the amount of the commodity held in inventories divided by the amount of produced annually.

When applied to fixed-supply coins such as Bitcoin and Decred, the ratio is used as a measure of scarcity and value. The higher the ratio is the scarcer the asset is, and the more consistent the ratio is, the more resistant the asset is to inflation.

According to Checkmate, Decred has shown a statistically significant relationship between Stock-to-Flow and a market valuation that traverses the same set of stock-to-flow ratio as Bitcoin does.

But, despite the rock-solid data, market sentiment is still the strongest force driving the crypto market. Bitcoin is slowly becoming a household name, while Decred is the 38th cryptocurrency by market cap. Increased awareness and improved education are the push Decred needs to get into the big league.

Coinbase is considering the addition of eight new cryptocurrencies to the platform, including Algorand, Cosmos, Dash, Decred, Matic, Harmony, Ontology, and Waves.  Although the firm specified that these digital assets will be added on a jurisdiction-by-jurisdiction basis depending on the regulatory framework where they operate.