Understanding the IRS and Cryptocurrency: Penalties, Tax Evasion, and Compliance

Delinquent federal and state tax filings or unreported 2017 or prior tax years’ transactions may force taxpayers dealing in crypto to liquidate significant positions in cryptocurrencies at lower values to pay outstanding tax liabilities to the IRS, including interest and penalties. 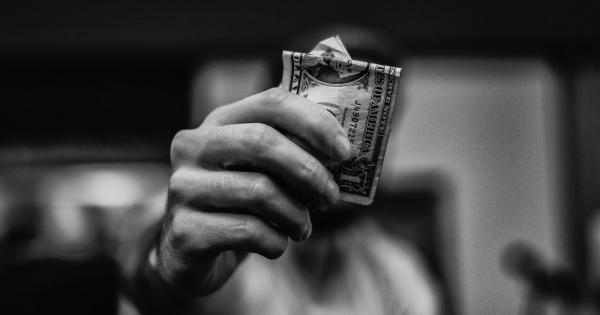 Delinquent federal and state tax filings or unreported 2017 or prior tax years’ transactions may force taxpayers dealing in crypto to liquidate significant positions in cryptocurrencies at lower values to pay outstanding tax liabilities to the IRS, including interest and penalties.

The meteoric rise of Bitcoin and other convertible virtual currencies’ value in 2017 were followed by a steep decline during 2018. The bursting of the virtual currency valuation bubble and continued market volatility will likely present many tax planning challenges for investors and businesses going forward. For some U.S. taxpayers, the situation is much worse.

In May of 2018, a U.S. Department of Justice attorney indicated a possible need for new voluntary disclosure procedures [See Velarde, “Voluntary Disclosure for Virtual Currency Is Domestic (Usually),” 159 Tax Notes 1358 (May 28, 2018)].

However, at the tax symposium held in November 2017 by the State Bar of Texas Tax Section, Daniel Price of the IRS’s Office of Chief Counsel dismissed the stories that the IRS intended to establish a separate, voluntary disclosure program for unreported income related to offshore virtual currencies.

Contrary to some taxpayers and tax practitioners’ expectations, the Internal Revenue Service (IRS) is unlikely to provide a separate, voluntary disclosure program to assist taxpayers who failed to report income taxes resulting from virtual currency transactions.

The IRS Voluntary Disclosure Practice still remains an option. However, the Practice generally does not guarantee a taxpayer immunity from prosecution. Nor does it offer penalty relief.

Generally, for penalty abatement, a taxpayer has to show reasonable cause for failure to report and disclose. Taxpayers who have unreported income from convertible virtual currency transactions, unfortunately, face a multitude of civil—and possible criminal—penalties and charges of tax evasion and other crimes. 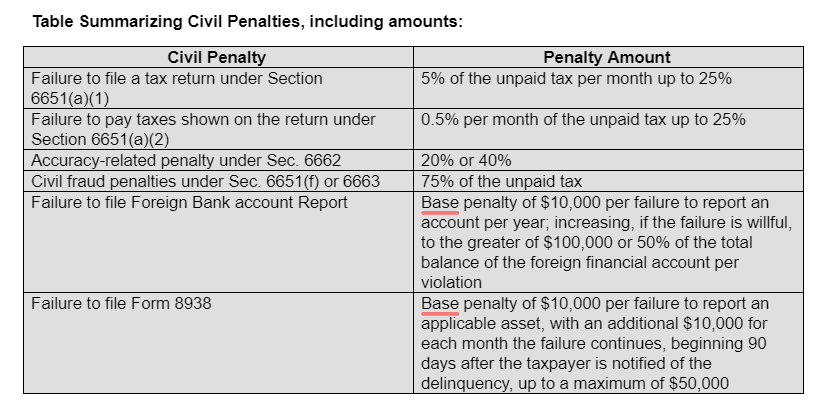 It is important to point out that taxpayers should not ignore state income tax non-compliance. Many states still offer voluntary disclosure programs for taxpayers to come forward and pay back-taxes. It is also doubtful that Congress will pass any virtual currency tax legislation. In 2017, the Cryptocurrency Tax Fairness Act, co-sponsored by Representatives David Schweikert and Jared Polis, failed to gain traction in Congress.

The IRS continues to face criticism and recommendations from members of the U.S. Congress, professional organizations, and the public for failure to provide adequate guidance to taxpayers and perceived lack of enforcement since issuing Notice 2014-21 (“Notice”). The Notice provides only sixteen (16) questions and answers. To date, it remains the only official IRS guidance on convertible virtual currency, and no further guidance has followed.

Since issuing the Notice in 2014, the IRS stepped up its compliance efforts. In November 2016, the agency served a “John Doe” summons to Coinbase demanding the company produce a wide range of records relating to approximately 500,000 customers.

A year later, the Court ordered Coinbase to produce the following customer information: (1) taxpayer ID number; (2) name; (3) birth date; (4) address; (5) records of account activity including transaction logs or other records identifying the date, amount, and type of transaction (purchase/sale/exchange), the post-transaction balance, and the names of counterparties to the transaction; and (6) all periodic statements of account or invoices (or the equivalent).

However, the Court limited information to those accounts with at least $20,000 in any one transaction type (buy, sell, send, or receive) in any one year from 2013 to 2015.

In March 2018, ahead of the 2018 tax filing deadlines, the IRS issued Information Release 2018-71 reminding taxpayers that income from virtual currency transactions is reportable on their income tax returns. Additionally, cryptocurrency is treated as property for U.S. federal tax purposes consistent with the Notice 2014-21. In July 2018, the Large Business and International (LB&I) Division of the IRS announced five new compliance campaigns, including campaigns relating to virtual currency.

Having the IRS Provide “Adequate Guidance”

In September of 2018, five lawmakers, including the Chairman of the House Ways and Means Committee, said that they would ask the Government Accountability Office to initiate an audit to investigate the agency’s “failure to put forth adequate guidance” for taxpayers.

The report recommendations came two years after the Treasury Inspector General (IG) for Tax Administration Report was released. The September 2016 Report openly criticized the IRS and its management for its absence of strategy, guidance, and reporting, including failure to execute management oversight as well as adequate controls. Though the IRS agreed with the report, no specific recommendations were made to the IRS’ Office of Chief Counsel.

It appears, based on available public records, that there was no formal coordination with the Department of the Treasury’s Office of Tax Policy since the report issuance.

It is correct to criticize the IRS for its lack of response to the public inquiry and recommendations that seek to clarify many outstanding convertible virtual currency tax issues. However, public criticism must be balanced with a dose of reality.

The IRS has faced an unprecedented reduction in funding. The Center on Budget and Policy Priority in April 2016 reported that the IRS budget has been cut by 17 percent since 2010, after adjusting for inflation. The budget reduction significantly impacted IRS operations and forced the agency to reduce its workforce, scale back employee training, and delay much-needed information technology implementation.

Though the 2017 budget increase of about 9 percent helped, the IRS funding would still remain below 2010 levels if adjusted for inflation. The IRS is also under significant pressure to implement the Tax Cuts and Jobs Act which was signed by the President and became law on December 22, 2017. The agency will have no choice but to prioritize its allocation of resource and focus on the implementation of the act.

Tax professionals and various organizations like the American Institute of Certified Public Accountants and the American Bar Association are involved in seeking clarification to many cryptocurrency tax issues. These organizations are actively engaged in discussing these issues with the IRS, the Treasury, and the members of Congress.

This article contains general information only and BPM LLP and its affiliates (“BPM”) is not, by means of this article, rendering accounting, business, financial, investment, legal, tax, or other professional advice or services. This article is not a substitute for such professional advice or services, nor should it be used as a basis for any decision or action that may affect your business. Before making any decision or taking any action that may affect your business, you should consult a qualified professional advisor. BPM shall not be responsible for any loss sustained by any person who relies on this presentation. This article is subject to change at any time for any reason.

BPM LLP is one of the 50 largest public accounting and advisory firms in the country. With more than 500 professionals and seven offices across the San Francisco Bay Are –as well as offices in India, Oregon, the Cayman Islands, and now Orange County.