In France, several proposed changes to the laws governing the tax treatment of cryptocurrencies were rejected in the parliament on December 17th. 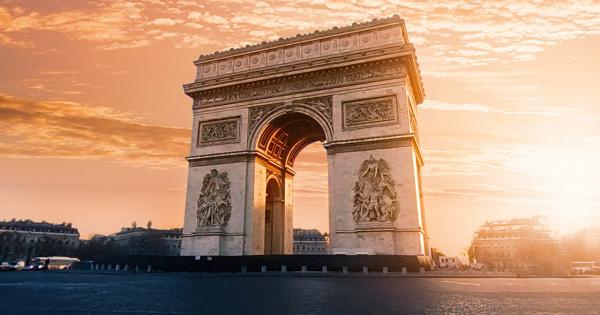 In France, several proposed changes to the laws governing the tax treatment of cryptocurrencies were rejected in the parliament on December 17th. The proposals would have made the tax treatment for transacting in cryptocurrencies more advantageous. The decision comes a week after two French lawmakers released a report advocating for the investment of hundreds of millions of public money in blockchain technology.

The decision occurred in the Assemblée nationale, the lower house of the French Parliament that is currently debating the upcoming 2019 governmental budget. Four different amendments relating to cryptocurrencies were proposed and rejected by the Chairman of the Finance Committee, an elected deputy tasked with approving the new budget. The Chairman had the support of Bruno Le Maire, the Minister of the Economy and Finance for the Macron government.

One proposed amendment would have seen cryptocurrency transactions treated the same as other stock market transactions, which is more favorable from a tax perspective. Currently, the tax treatment of capital gains on cryptocurrency sales varies depending on whether the trader does so on a “habitual” or “occasional” basis. The would-be amendment would have brought this in line with the way other types of securities are treated.

Another rejected amendment would have changed when the sale of a cryptocurrency is captured for tax purposes. Under the proposal, taxes of cryptocurrency sales would only take effect when they had entered “the real economy,” or when the funds reach the owner’s fiat bank account. The change would have meant that transactions done on cryptocurrency exchanges would not be subject to capital gains taxes.

Two other amendments would have increased the annual tax exemption for capital gains from cryptocurrencies from 305€ to either 3000€ or 5000€. However, both of these were rejected, with the Chairman saying that the existing exemption of 305€ is already “quite favorable.”

The final amendment would have seen capital gains on cryptocurrencies taxed on the same basis and under the same conditions as permitted under the current system for securities, like equities. While rejecting the amendment, the Chairman said this provision could be reevaluated in the future if crypto-assets become more commonly accepted in the economy.

Cryptocurrency enthusiasts in France saw the rejection of all four amendments as a setback. Alexandre Stachtchenko, the president of La Chaintech, a national blockchain industry lobbying group, told the business magazine Capital:

“The most frustrating thing about all this is that none of the rejections were motivated or justified by the Chairman or the Minister. In short, the message received by the community in France and abroad is terribly simple: ‘Take all the risks, we will not support you, and the money you will earn to take risks will go into the coffers of the state.’ It’s dramatic.”

Some Lawmakers Supportive of Blockchain Technology

The rejection of the amendments comes one week after two deputies of the National Assembly released a report recommending the country invest €500 million of public funds in blockchain technology over three years. The December 12th report advocated for the public services to experiment with blockchain technology. The report’s co-author, Jean-Michel Mis, told Le Figaro that the government could investigate applications of blockchain technology:

The Macron government has previously shown signs of taking an open-minded attitude towards cryptocurrencies and blockchain technology. Bruno Le Maire, the Finance Minister, was positive about blockchain in an op-ed he wrote in March. Around the same time, the Authorité des Marchés Financiers (AMF) announced it was planning to issue licenses to companies looking to raise money via ICOs. This legislation was approved by the government last September.