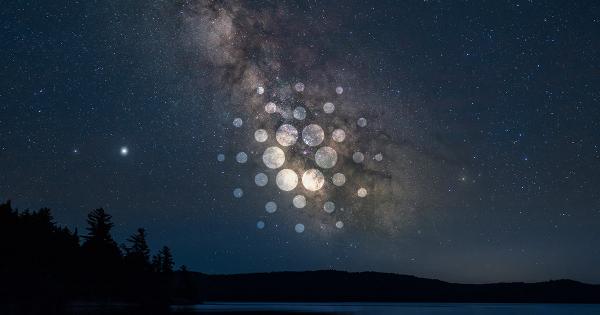 There was a time when Cardano’s ADA was a top-ten cryptocurrency.

At the peak of 2018’s bubble, the altcoin was trading above $1.00. That coincided with a market capitalization of over $30 billion. At the time, Cardano’s market cap was the size of a mid-large-cap company.

Things have changed though as value has consolidated in tried-and-true players like XRP, Litecoin, and Binance Coin.

ADA is now the eleventh largest cryptocurrency and was even lower down on the list just months ago.

Yet an executive says that this weakness is unlikely to last, especially with the Shelley upgrade nearing.

ADA could be a top-five crypto asset by 2021: executive

Ryan Selkis, CEO of Messari, says that he thinks the top ten cryptocurrencies will get a facelift in 2021 as “real garbage” has once again populated the industry.

He expects the third-largest cryptocurrency to the tenth-largest, which means Tether’s USDT, XRP, and others, to all be replaced by other projects. All but Binance Coin, which he expects to remain a top altcoin.

Of note, he believes ADA will become the fifth-largest cryptocurrency. At current prices, the asset taking that seat would require its market capitalization to double to $4.5 billion.

Cardano will need to encroach on Ethereum

Cardano’s growth will be dependent on it beating out other blockchains, according to Charles Hoskinson.

The Cardano founder told the executive in a recent June interview that Ethereum is not yet at a point where it will decisively become the leading smart contract blockchain.

Hoskinson went as far as to say that Cardano and other networks/technologies can begin to nip away at the incumbent.

This comment was made in reference to Cardano’s Shelley upgrade. The blockchain upgrade, which is its “Ethereum 2.0” moment so to say, will purportedly increase its usability exponentially.

Whether it can be pulled off and if ADA will see adoption remains to be seen though.

Cardano’s success is also put into question because the launch of Ethereum 2.0 is also nearing.

That upgrade is expected to be a big market catalyst for ETH, with one branding it the largest economic shift in crypto ever.

Not the only one expecting a crypto shake-up

Selkis is notably not the only executive expecting a shake-up in the top cryptocurrencies. Though, the Messari founder seems to be one of the only investors expecting Cardano to take a top seat.

“I will get some serious hate for that, but I stand by my opinion: XRP, BCH, BSV, LTC, and EOS absolutely do NOT deserve belonging to the TOP 10 cryptocurrencies.”

I will get some serious hate for that, but I stand by my opinion:$XRP, $BCH, $BSV, $LTC and $EOS absolutely do NOT deserve belonging to the TOP 10 cryptocurrencies.

Actually can't wait until they vanish and clear the way for solid candidates like $VET, $LINK, $XTZ or $ATOM.

His comment indicated he harbors no animosity towards Cardano, but he did say that he expects Vechain, Chainlink, Tezos, and Cosmos to encroach on the incumbents.

While the first wave of pioneers is testing Shelley, Hoskinson took to YouTube to answer community questions, touching on topics such as incessant trolls, roadmap deadlines, and handling a future Cardano that could process thousands of transactions every second.