ICP founder wants to incentivize Russians to end the war

ICP founder proposed solution to the Russian war will cost at least $250 million and relies on the country not shutting down its internet. 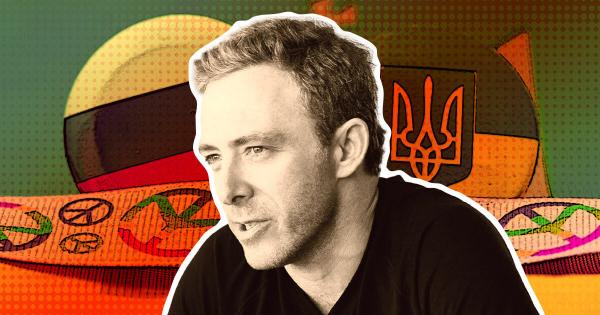 As the conflict in Ukraine takes on new dimensions, Dfinity founder Dominic Williams has suggested a solution to end the conflict. However, there’s a catch. It’ll cost at least $250 million and relies on Russia not shutting down its internet.

He posted the proposal, titled “Proposal to hasten the end of attacks on Ukraine using smart contracts and $250m in bitcoin and ether,” on his medium page on March 15. The proposal solely focuses on countering disinformation and propaganda among the Russian populace.

In Williams’s opinion, most Russians are ignorant about the reality of what’s happening in Ukraine. Thus, informing them will make them stand up against the government and pressure it to bring an end to the conflict.

“We should not hold out too much hope that sanctions alone will turn the Russian population against their leaders, for the simple reason that they control their media, which dutifully pumps out carefully-crafted propaganda and false information.”

The proposal intends to use blockchain technology and smart contract to pass correct facts and information about the war to Russians.

The smart contracts will verify Russian citizens who’ll then be able to watch videos depicting the true state of the war through virtual reality that he termed “people parties.”

The Internet Computer founder added that to get people to watch the videos; there’ll be an incentive of $50. If it attracts 5 million Russians, that’ll amount to $250 million spent.

The smart contract will prevent any cheating by ensuring each person can only watch the videos once and get the rewards. It’ll also create a crypto account for each person who successfully watches the video and deposits $50 worth of BTC or ETH into the wallet.

Willians must have given a lot of thought to the proposal as he also stated that each viewer would have to watch the videos to the end. Only then will pins linked to their accounts be unlocked. He further wrote that there should be a non-watermarked version of the videos for people to download and share.

Can this plan work?

However, many have questioned the idea as it relies on several “ifs,” such as Russian authorities allowing it and not shutting down their internet. A response to the post claims that Russia is already planning to shut down its internet even though it’s yet to announce it.

Others criticized the whole idea, considering it a cheap PR stunt that’ll fail and won’t influence public opinion in Russia. Whatever the opinion might be, it’s unlikely that anyone will try it, given the high probability of failing.