The native integration with Chainlink oracle services enables EVM developers in the Kusama ecosystem to use external data resources and off-chain computations for building DeFi applications. 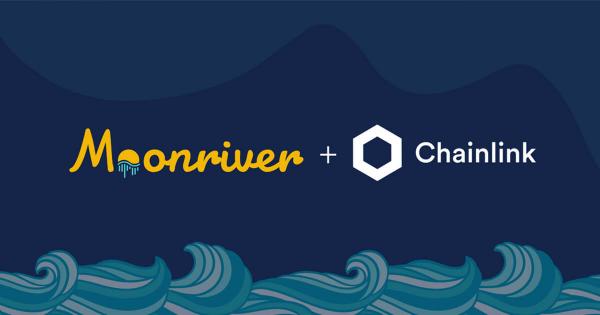 Moonriver is a layer 1 Ethereum-compatible parachain connected to Kusama, and a permanently incentivized canary network of Moonbeam.

What does this integration mean?

Chainlink is a decentralized oracle network that brings real-world data to smart contracts at the speed of their native blockchain, including retrieving the latest pricing data of assets.

“The combined benefits of Chainlink and Moonriver allow for highly-scalable, low-cost, EVM-compatible DeFi applications on Kusama that are consistently in sync with global financial markets,” read the announcement, adding that as the Polkadot parachain ecosystem matures,  these applications can be deployed on Moonbeam.

“We are excited to work with Chainlink to enable these teams to launch lending, borrowing, and other protocols that are a core part of the Moonriver DeFi ecosystem,” added the announcement.

Since launch, the decentralized oracle network has logged over 800 total integrations of more than 700 Chainlink Data Feeds, and continues counting.

Since launch, there have been 800+ total integrations of 700+ #Chainlink Data Feeds, which have delivered 774M+ data points on-chain.

With Chainlink Price Feeds officially live on mainnet, market watchers are speculating the demand for the native token of the Moonriver network (MOVR) to go up.

Since the Chainlink integration:
– $AVAX went up by 1162%
– $FTM went up by 1523%
– $MATIC went up by 1912%
Hmm I wonder what’ll happen to the last chart…
I have a feeling that soon it’ll turn into a straight line on the bottom of the screen just like it did for others. $MOVR pic.twitter.com/nTxPZyby1z

One of them, who goes by the name Kusama Maxi on Twitter, predicted Moonriver price could see a similar upswing that Avalanche (AVAX), Fantom (FTM) and Polygon (MATIC) experienced following Chainlink integration.

While pointing to relevant charts, the maximalist argued Moonriver demand in the following one to three months to go up, citing “DeFi&TVL explosion.”