The protocol’s native GRT cryptocurrency is used for all the key network operations and settling query fees. 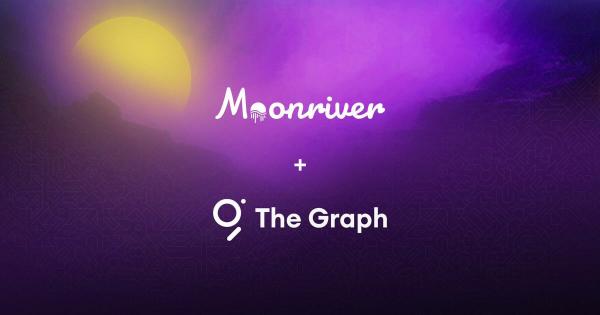 The Graph goes live on Moonriver (MOVR), as the powerful indexing protocol further expands into the Polkadot (DOT) and Kusama (KSM) ecosystems.

The protocol enables storing of the collected and analyzed blockchain data into the so-called ‘subgraphs,’ facilitating data queries, essential for developers looking to increase the efficiency of their decentralized applications (dApps).

The decentralized protocol for indexing and querying data from blockchains has recently announced integration onto the Moonriver network, enabling developers to build, publish and use subgraphs in a Kusama-based environment.

What is Moonriver & what does this beta integration with The Graph's hosted service mean? Learn more here ?? pic.twitter.com/n3P2rNYec2

“Moonriver is a layer 1 Ethereum-compatible parachain that is connected to the Kusama network,” expanded the protocol’s announcement on Twitter.

According to The Graph’s developers, increasing compatibility with the indexing protocol was “one of the most commonly requested integrations in the Moonriver community.”

“Currently, Graph protocol supports indexing data from Ethereum, IPFS, and PoA,” reminded the developers, while expressing their excitement about the protocol’s support being extended to the Kusama network.

Moonriver began its five-phase launch process in July and currently, the total value locked (TVL) on the network stands around $80 million, according to DeFi Llama’s data.

In April, the Graph’s hosted service integrated their protocol onto the Moonbeam TestNet, enabling developers to ​​build, publish, and use subgraphs in a Polkadot-based environment.

Polkadot’s much-awaited parachains are set to go live on the network later this year.

In anticipation of the first auction, scheduled for November 11, 2021, Moonbeam’s crowdloan pre-registration opened at the end of last week.

The motion suggests scheduling one auction per week for the next seven leashes.

Kusama is increasingly drawing support as being more than just a testnet for Polkadot.

Moonbeam's sister platform has seen huge success less than a month after it launched on Kusama.